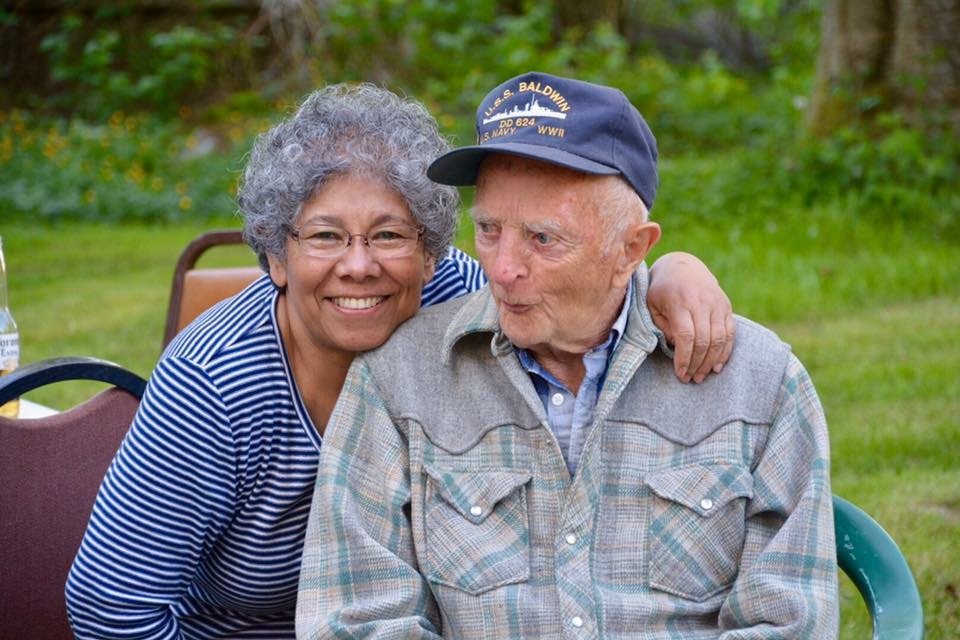 Bill grew up in the Bellingham area and has been part of its history. As a child he fished, hunted, and explored the then small town of Bellingham, making his $2/month washing dishes at the family owned Hamburger Express railcar diner. Bill attended Bellingham High School in 1941, and then at 16 years old as the US prepared for World War II, he joined the re-instated Washington State Guard.

At 17 years old, Bill proudly volunteered to serve in World War II and enlisted in the US Navy. His four years Naval service as a Ship’s Cook took him from the NTS Farragut, ID to the USS Baldwin DD-624, R/S Navy 128, the USS Baltimore CA-068, and the PSC USNB Bremerton, WA. Bill was a survivor of D-Day, the invasion of Normandy’s Omaha Beach, the longest 72-hour day of his life. He earned the Asiatic Pacific Area Campaign Medal, the American Area Campaign Medal, the European African ME Area Campaign Medal (2 Stars), the Good Conduct Medal, and the World War II Victory Medal. Bill separated from the Navy in 1946 and later re-enlisted in the US Army in 1949 for another year of service before separating in 1950.

Post-WWII Bill worked in Bellingham’s coal mines, lumber mills, and Ports. His love of fishing kept him close to the waterfront and his decision one day to make a skiff with a $20 pile of roadside lumber launched his career as an Alaskan gillnetter and boat builder. Wegley Boat Works became an established nameplate of commercial salmon fishing from the coastline of California to the waters of Yakutat and Bristol Bay, Alaska.

Bill’s blue eyes would light up as he told his infamous stories of childhood, fishing, boat building, travels, wrestling, and his next inventions or business ideas. He proudly wore his WWII Veteran hat everywhere and recollected the stories of war unfound in history books. His smile and mischievous laugh will stay in our memories forever.