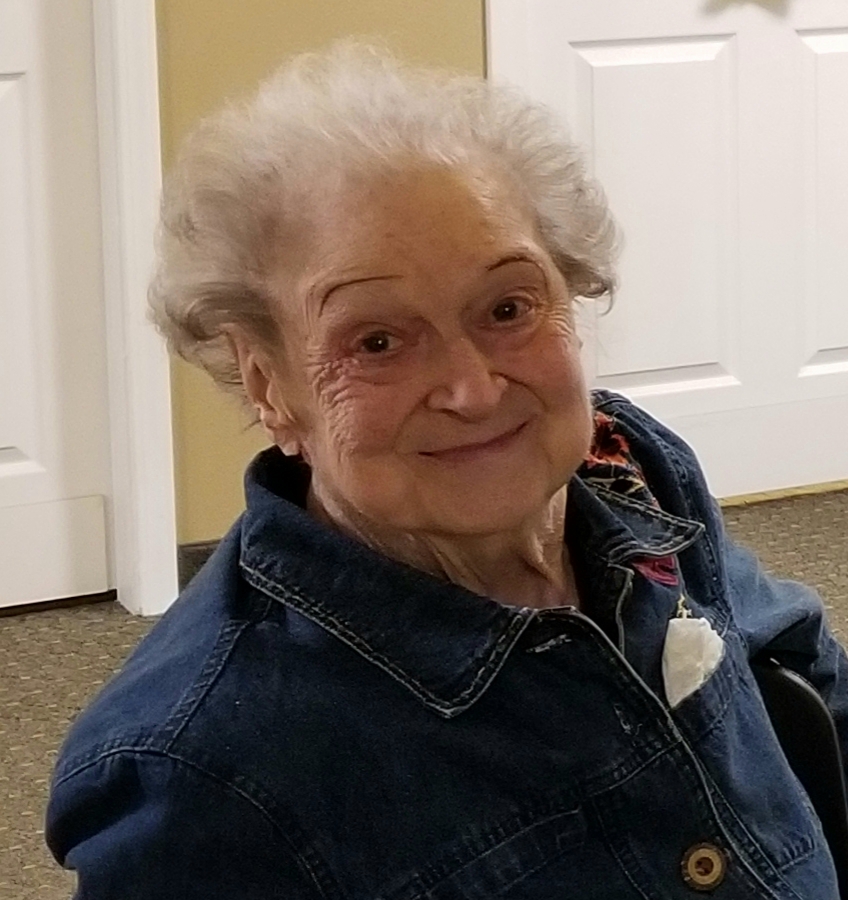 Virginia (Wiederspohn) Smith, age 95, passed away peacefully of natural causes and went home to Heaven to be with her Lord and Savior Jesus Christ on May 12, 2020.   She was born at her family home in Custer, Washington on May 11, 1925 to her parents, Walter and Grace Pendleton.  She attended Custer Elementary School and Ferndale High School.  She went on to attend Bellingham Normal School, earning a Bachelor of Arts Degree in Music Education.  Upon graduation, she taught music in the Sultan School District for a short time before getting married.

She married Dave Wiederspohn in 1947 and moved to their dairy farm and home in Sumas, Washington.  Together, they enjoyed the dairy business and raised their four children.  Their marriage ended early when Dave passed away in 1956.  Virginia made the decision to stay on the farm to raise her family.  She fully dedicated herself to teaching her family the value and satisfaction of hard work.

She continued the dairy for a short while, and then transitioned to raising replacement heifers, turning much of their pastureland into one of Whatcom County’s largest raspberry fields.  The industrious woman that she was, she dedicated her time and energy to much hard labor, yard work and homemaking, and always put the needs of her children first.  She remained on the farm until her children were grown and on their own.

Virginia was very active in the Sumas community and spent the children’s elementary years involved in the Sumas Elementary PTA.  She was faithful in taking her children to church at Clearbrook Lutheran Church in Lynden where she was an active member.  She enjoyed playing the piano and organ, singing and was the junior and senior choir director.  One of Virginia’s favorite leisure activities was bowling.  For years she was a member of two bowling leagues.  Her family was her greatest joy.  Together, the five of them worked hard, spending time with extended family, clamming and, when harvest season ended, yearly camping and fishing trips were enjoyed.

After her years on the farm, Virginia moved to Everson and worked several years as a dental receptionist.  After her retirement, she moved to a smaller home in Sandy Point, Ferndale, where she enjoyed her gardening and her grandchildren.  It was at Sandy Point where she met her second husband, DeLoy Smith.  They were married in 1974 and spent 39 years together.  While in Sandy Point, they were members of Zion Lutheran Church in Ferndale.  They enjoyed much traveling, both in the states and abroad.  They became avid motorhome snowbirds, wintering in Palm Desert and settled for a while at Leisure World in Seal Beach, CA.  When traveling days came to an end, they returned to Whatcom County on Northwest Rd. and Cordata area.  They then became members of Bellingham’s Faith Lutheran Church.   Their last home took them to Highgate Senior Living in Bellingham.  DeLoy passed away in 2013 and Virginia lived 8 1/2 years longer at Highgate, which she loved calling home.

The family would like to thank the staff of Highgate Senior Living for their tender love and care they provided for DeLoy and for Virginia in their later years.  Virginia is now enjoying the peace and rest of Heaven, the place where we, who have accepted Jesus as our personal Savior, will see her again.