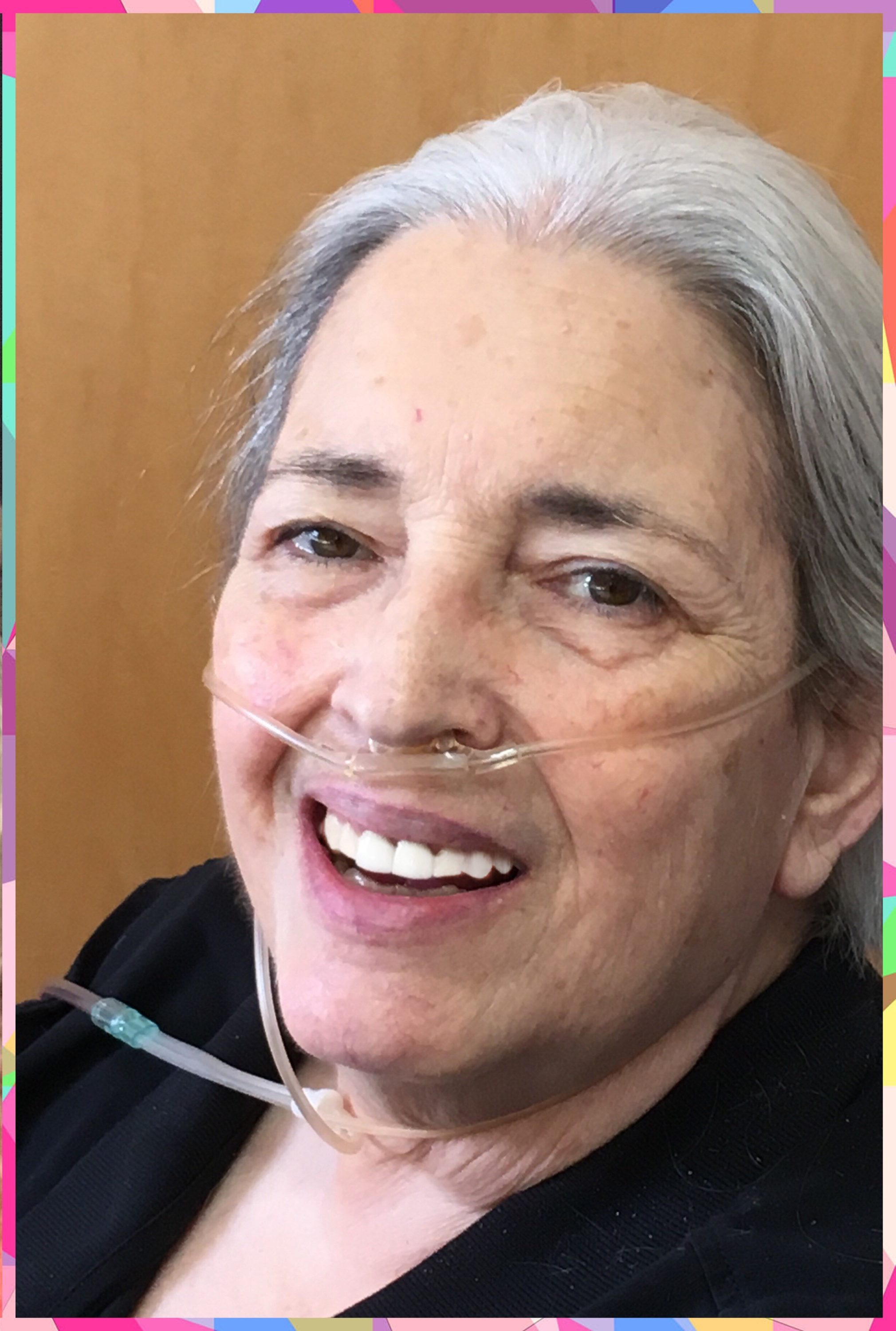 Toni Linn Carpenter, 64, of Bellingham, WA, passed away in Bellingham on October 6, 2019. Toni was born in Santa Monica, CA, on July 1, 1955 to Robert Lloyd and Loretta Rosa (Zuleger) Carpenter. She grew up in the San Fernando Valley, graduating from James Monroe High School in 1971 where her favorite class was Theater. From an early age Toni had a love for music and her music collection ranged from Broadway, to rock, to r&b to jazz (just a little jazz, more blues). She was a self-taught musician in many instruments but guitar was her first love. When karaoke came to America Toni set herself up with a machine and would try everywhere to get the party started! At more than one karaoke contest Toni won with her rendition of Patsy Cline’s Crazy.

After trying out a few different jobs Toni started her life as a civil service employee with the City of Los Angeles in 1977 as a Clerk Typist. She worked in Personnel and as a Test Proctor before transferring to the Los Angeles Police Department (LAPD) in 1979 to Foothill Division in Pacoima, CA.

It wasn’t until 1981 that Toni found her true calling as a Police Service Representative (PSR) aka 9-1-1 Dispatcher. She filled many positions in the Communications Division including 6 years uninterrupted as the Bureau Communications Coordinator (BCC) before becoming a Trainer in 1987 where she trained probationary PSRs in all phases of the job. Toni excelled in this job because she truly loved her vocation and she rarely met a person who didn’t become a friend. Some of the projects she worked on at LAPD include developing the Call Management System used in the event of evacuation of the CDC, mapping and reconfiguring LAPDs back up 9-1-1 telephone system, and the Unnecessary Use of 9-1-1 Project for which Communications Division was awarded the 1990 Support Services Bureau Productivity Award. Toni received numerous commendations for outstanding performance in emergency situations and exceptional job performance, including one for conducting pursuit broadcasting classes for the Los Angeles County Marshall’s dispatchers.

In 1992 Toni left LAPD and Los Angeles to follow her parents to the Pacific Northwest. Her parents had relocated to Anacortes in 1986 and she fell in love with the area so she applied for the position of Public Service Dispatcher (PSD) with the City of Bellingham Police Department and moved there. In 1999 the City of Bellingham split their Joint 9-1-1 Communications Center between Police and Fire and Toni followed the Fire Department to PROSPECT, the dispatch center for Fire/EMS in Whatcom County. Toni loved working Fire/EMS even more than police dispatch. She was very excited about having to be EMT trained and gaining further medical knowledge. Here she was able to literally save lives and coach parents with their new beginnings. For every baby she helped birth she received a stork pin; pink or blue and Toni accumulated quite a few!

During her time at PROSPECT Toni continued her lifelong love of learning. While she was still in Los Angeles she took classes and received certifications relating to supervision and emergency services in addition to working on her Associate of Arts degree in Liberal Arts at Los Angeles Mission Community College. Soon after she arrived in Bellingham Toni got a degree in and became certified as a Hypnotherapist. She maintained her license even through 2019 and kept up with new techniques as often as she could. Due to the stress of losing both her parents and her own failing health she retired and had to go on disability in 2016. All of her accomplishments are more impressive because Toni had been struggling with her health for a long time. Between COPD and chronic pulmonary heart obstruction she ceased to be as active as she wished and had to depend on the kindness of her many friends. Toni became very ill in May of 2019 and after a call by her neighbors to 9-1-1 she was transported to St. Joseph Hospital where she stayed until late June when she was transferred to Alderwood Park Health and Rehabilitation. Her health continued to decline but her friends and family were able to sit with her, talk to her, and play music for her until she made her transition at 0115 hours while Michael Jackson’s song Gone Too Soon played in the background.

Toni Linn was generous, a lover of people, a caretaker, valued employee, a literal life saver, phone a friend, forgiveness, seeker of knowledge, dispenser of wisdom, song sparrow, party animal, cat mother, loyal loyal friend, and so many things to so many people, and she was…is my big sister.

The greatest thing you’ll ever learn is just to love and be loved in return-Eden Ahbez, “Nature Boy” (song, recorded by Nat King Cole and quoted in the movie Moulin Rouge).

A Life Celebration for Toni will be held at noon on Saturday, November 2, 2019 at Moles – Bayview Chapel (2465 Lakeway Dr., Bellingham). Please wear your brightest clothing in honor of TLC.