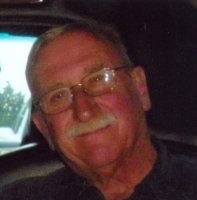 Terry graduated Bellingham High School in 1964, served in the US Navy until 1967, and was a dedicated employee of Morse Steel for 43 years.

Terry was the beloved husband of Roberta (Robbie) Franklin for 45 years, devoted father to Mitch and Jason, proud and loving grandpa to Seth, dutiful brother, doting uncle and loyal friend.

Terry was gone too soon after a short and courageous battle with cancer. We will miss his sense of humor, gentle nature, and unconditional love. May heaven embrace you Terry as you have all of us.

Donations can be made to the Whatcom Hospice Foundation, the American Cancer Society or a charity of your choice.

Please view the memorial and sign the online guestbook to share your thoughts and memories of Terry.