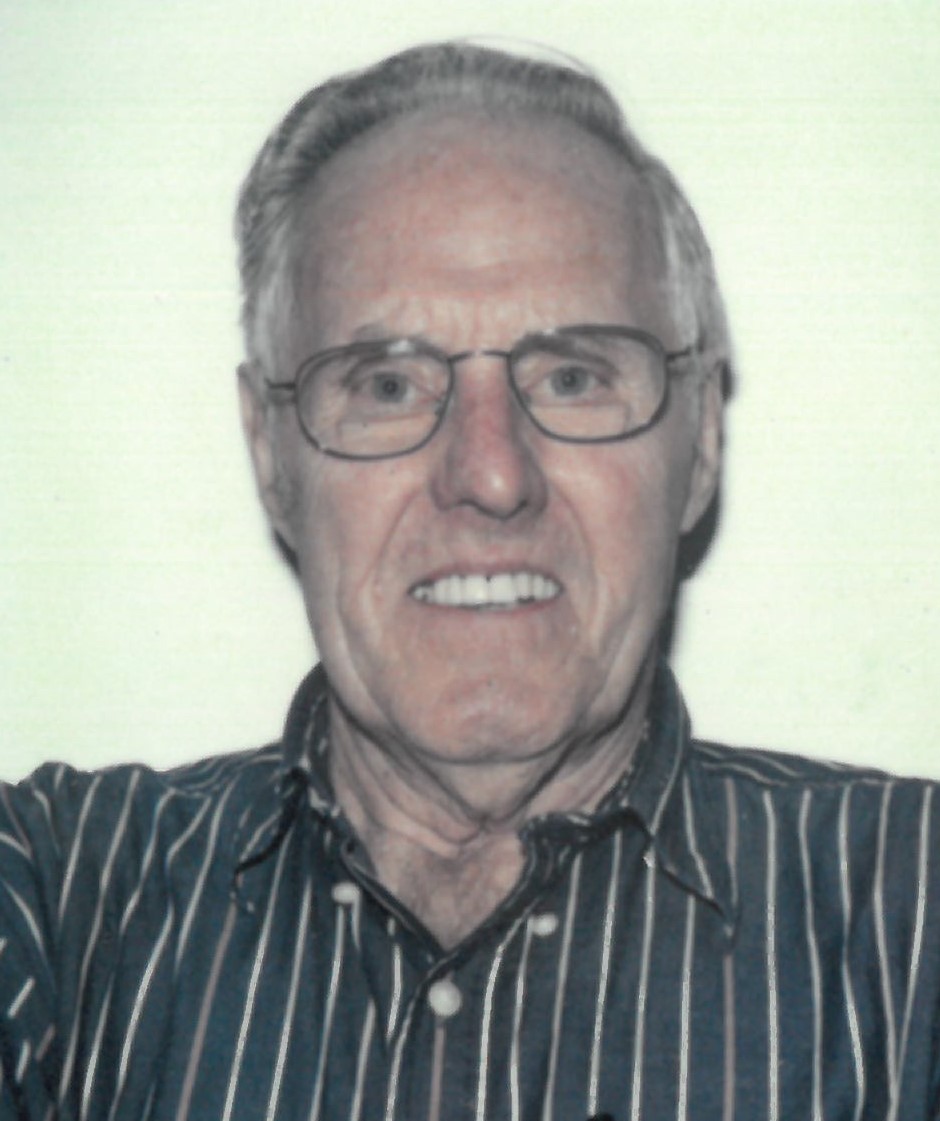 Bob was born Nov 15, 1924 in Topeka, Kansas to Chester & Edith Moore. He passe­d away Feb 21, 2020 at the age of 95. His father died when Bob was only a year old, so he and his older siblings, Howard and Margorie, lived with their grandparents, during the time their mother attended college and got a teaching degree so she could support her family. In 1931, they moved to Atchison, KS, where he met classmate and future wife Dorothy Sharp. They married in 1943 and went on to raise 4 children.
Bob’s discharge from the Navy, he worked several jobs, including manager of the Ferndale Safeway store all while developing a large blueberry farm in Custer. At the time, it was the largest blueberry growing and processing operation west of the Mississippi. The first commercial blueberry picking machines in Whatcom county were brought here from Michigan by Bob and son Gary.
Bob was a director of the Washington State Nursery in Bellingham for many years. He was one of the founders of the Washington State Blueberry Commission and served as its president for the first 2 years. He also served a term as president of the North American Blueberry Council.
After selling the farm, he and Dorothy lived in Ferndale for 18 years. During that time, he invented and patented a wooden wine bottle balancer in the shape of a small golf club. He and daughter Nancy eventually sold over 250,000 units to winery tasting rooms across the country.  Lynden was home for the past 20 years, first at a condo downtown, then Lynden Manor in 2016.
Bob was preceded in death by Dorothy, his wife of 74 years, as well as both siblings. Also, grandchildren Brian Boies, Andy and David Moore, and Sandy Schnackenburg, daughter-in-law Ramona Moore and great-grandson James Boies.
He is survived by sons Gary, Don (Cheryl) and Tony (Karen Miller) Moore, as well as daughter Nancy (Paul) Andersen, and many grandchildren and great-grandchildren.
Bob wanted to thank Lynden Manor the for wonderful care both he and Dorothy received there, and the very compassionate care he received from Whatcom Hospice and Christian Health Care Center in Lynden.
At his request, no services will be held.