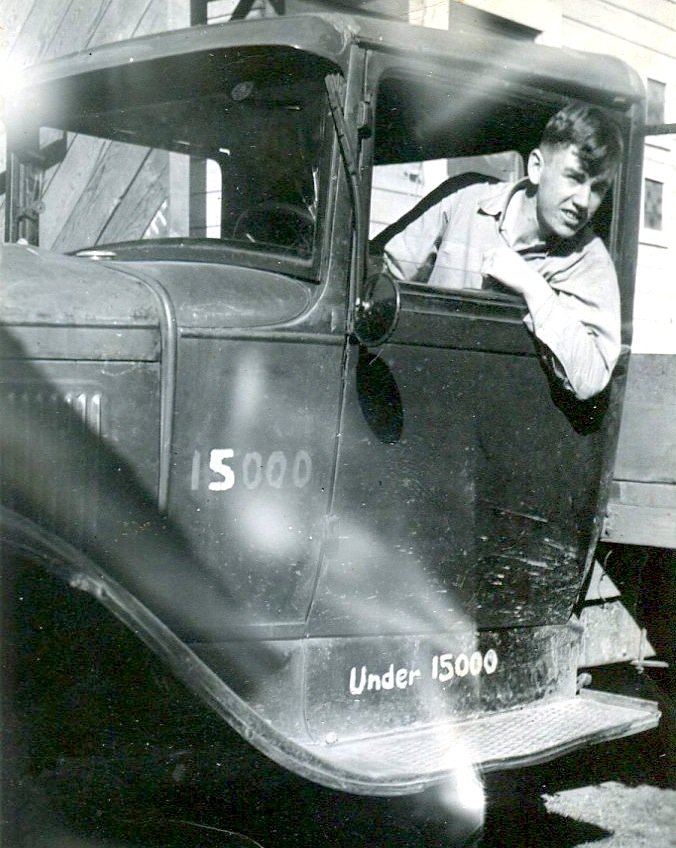 Robert Spearin passed away February 3, 2015 at the age of 93. He was born July 10, 1921 in Bellingham, Washington to Chester and Mamie Spearin.
Robert graduated from Bellingham High School. He was a long time resident of Sedro Woolley.

Robert’s passion in life was truck driving. He had logging trucks most of his 60 plus years but also did long haul driving from California and grain and hay from Eastern Washington. In his retirement years he enjoyed restoring various older trucks he had owned over the years. He was a member of the American Truck Historical Society.

At his request there will be a Graveside Service at Woodlawn Cemetery in Ferndale on Wednesday, February 11, 2015 at 11:00AM. A reception will follow at Greenacres, 5700 Northwest Dr., Ferndale.