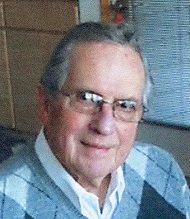 Richard Frank “Bud” Peth was born in Mount Vernon, Washington on October 2, 1924 to Fremont Peth and Nettie Sanford. Buddy, his early nick name, had one sister, Betty two years older. His early years were spent on the Peth farms in the fertile Skagit Valley living, working the farm and going to school in La Conner. When his father passed away, Bud’s mother sold the farm and they moved out of the farming business. When he graduated from high school he enlisted in the Army Air Corp in Nov 1942 and entered into active service in Feb 1943. He trained as a crewman on B-24 bombers. Bud mobilized to the European Theater with the 15th Air Force, 827th Squadron, 484th bombardment group, based in Torretta Italy and flying missions for battles and campaigns in Rome-Arno Southern France, North Apennines
Central Europe Rhineland and Air Combat Balkans. He and his crew completed 26 successful bombing missions in their B-24 Liberator before being shot down over Hungary on mission 27. After bailing out of the severely damaged B-24, Bud was captured with other crew members by German forces and marched around Germany and interred in several prison camps. The airplane limped on and crash landed in allied territory and the flight crew eventually made it back to their base, but the crew from the back of the plane were in enemy hands until the end of the war when liberated by Allied forces.

These life defining events made Bud Peth the solid, stoic, self contained individual that he was throughout the rest of his life. After the war, with time to recover from the physical wear and tear of wartime prisoner life, Bud started his family with his beautiful young wife, LaMoine Holmes of Mount Vernon, WA and in 1948, his son, Richard F. Peth, Jr was born followed by his daughter Martinia J. Peth in 1954. Bud attended college and received his diploma in Accounting and went to work for Pic Sweet in Mount Vernon. Later he went to work for Pacific Coast Paper Mill (Georgia Pacific) in Bellingham and after that he worked as Comptroller at St. Joesph’s Hospital in Bellingham, Evergreen Hospital in Woodinville, then finished his career as Business Manager in Oak Harbor School District when he retired. LaMoine passed away in 1982.

Through out his life, Bud enjoyed boating with his family and over the years participated in the Bellingham Yacht Club and Wheel and Keel boating activities, spending a lot of time in the San Juan Islands. He kept his boat in immaculate condition and loved taking people on cruises. Over the last 30 years, Bud spent a lot of time with his companion and dear friend, Therese Jones, hiking in the mountains and joining in on Back Country Horseman events.

Bud was a dedicated participant in the Bellingham Rotary club and made many dear friends over the years who will miss his consistent presence at the weekly meetings. Bud leaves behind him a legacy of dedication and charitable contribution to the community.

Bud is survived by his son Rick (Heather) and daughter, Marti (Keith), all of whom will miss him dearly. He was especially delighted with his three grandchildren, Justin(Jennie), Laura(Russ) and Brian(Kendra) and the two new great granddaughters, Emma Elizabeth Slattery, 6 months (daughter of Justin and Jennie) and McKenna Rae Slattery, 1 month (daughter of Brian and Kendra). Bud was always fond of his niece Diane Kruger and nephew Doug Helde and their families.

A Graveside Service will be held at Bayview Cemetery in Bellingham at 12:00PM on March 17, 2015. A Celebration of Bud’s Life will follow at Moles Farewell Tributes, 2465 Lakeway Dr. in Bellingham.