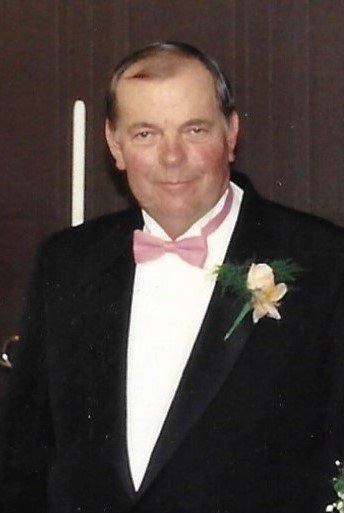 Richard A. Cook, age 79 of Bellingham, passed away surrounded by loved ones on June 2, 2019. He was born on February 22, 1940 in Holton, Kansas to Forest and Gladys Cook. He grew up in Bellingham as part of a large loving family of 15 children and many nieces and nephews. Richard attended Bellingham High School, then served in the US Army, and spent the remainder his career in the fisheries industry. He met his wife, Nancy, in Bellingham and they married in 1966, spending 52 wonderful years together.

Richard is survived by his wife, Nancy, two children Lisa and Bruce, and grandkids Kali (Ricky), Alexus, Cole, and Olivia. Richard is also survived by his three brothers, Don, Terry, and Tom and two sisters, Joanne and Shirley. Richard is preceded in death by his loving mother, Gladys, and several brothers and sisters.

Richard always had a love for the water. From his daily trips to the harbor, to the family trips to Waldron Island. In his younger years, Richard often went fishing on the Nooksack River with his brothers and took many trips to Lake Padden.

Richard loved his family and friends, and he always showed us how much he cared for us with his wonderful sense of humor. He made the best fish & chips in Whatcom County for family dinners. After apple picking with his grand kids, he would spend hours in the kitchen making his famous apple sauce. He had many close friends and loved to visit them, including his longtime friend Benny with cruises in his hot rods.

He was a lifelong fan of the Seattle Mariners, Seahawks, and the Super Sonics. He also enjoyed watching the Bellingham Blazers play as well as his kids’ and later his grand kids’ sporting events.

Richard above all else was a devoted and loving husband, father, and grandfather. He taught everyone how to be the best versions of ourselves, love our family fiercely, and do, give, or be anything we needed to for the people we love.

A celebration of Richard’s life will be held at Moles Bayview Chapel on Lakeway Drive on Wednesday, June 12, 2019 at 2 pm with reception to follow. In lieu of flowers, donations can be made to either the American Cancer Society or Whatcom Hospice.

1 responses to Richard A. Cook