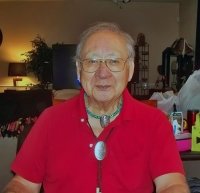 Raphael James Morris II (Tsats-ul-tun), Sunrise June 23, 1930 – Sunset December 4, 2012. Ray was known for his talent of carving and his beautiful singing voice. He had various jobs retiring from Intalco after 30 plus years, Lummi transit driver for over 7 years, tribal commercial fisherman, boat builder, tribal leader, and master carver with art at the Smithsonian. His most important job was being a loving, caring, gracious husband, father, grandfather, uncle, and friend. Ray was appointed and served on several commissions; the economic commission in 1999, fish commission, and planning commission. He traveled to Washington D.C. on several occasions for tribal business of which was for the authorization for the Silver Reef Casino and funding for the Lummi High School. Ray served on the Lummi Indian Business Council for 2 terms while serving as Vice Chairman and Lummi Indian Gaming Commission Chairman.