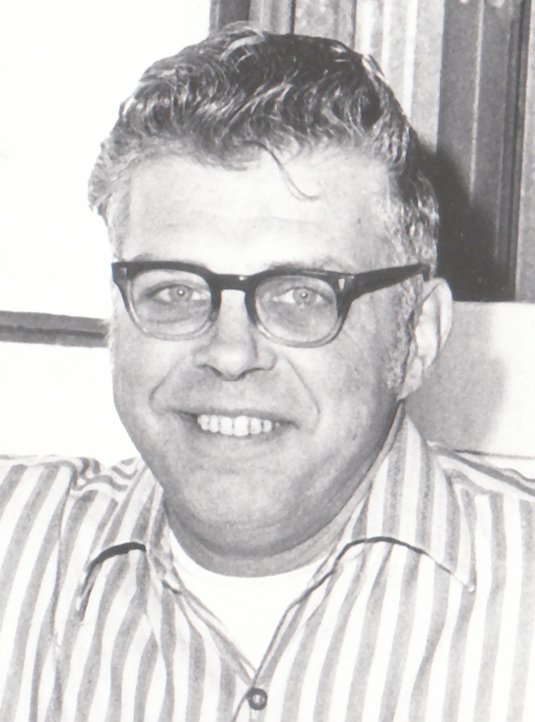 He was recovering from a heart attack and had suffered with Alzheimer’s for many years. He was 86 years old.

Ralph was born March 7, 1931, in Chicago, Ill., to Leif Jacob Ulricksen, and immigrant from Norway, and Astrid Ulricksen, who at 17 had moved to Chicago from Sweden.

When Ralph was 5 the family joined extended family members in Ketchikan, where Leif worked in the fishing industry. Ralph met his wife-to-be Marlene when she moved to Ketchikan (also from Chicago) at the age of 15. They were “set up” soon after and were together until Marlene died in 2010. They celebrated their 50th anniversary at a party their daughter hosted in 1999 at their home in Anacortes, Wash.

Ralph graduated with honors from Ketchikan High School, where he was voted “best looking” and “smartest.”

Ralph had a passion for science and engineering, and at the University of Washington he majored in engineering.

After college, he married Marlene Eleanor Grude March 31, 1950, in Ketchikan.

Ralph worked as an electrician, and at night played guitar in a local band. He also tinkered on the piano, but guitar was his passion. He purchased a rare 900th Fender guitar that was his pride and joy and a family heirloom.

Ralph and Marlene’s son Glenn Leonard was born July 25, 1950, and Gary Ralph was born Sept. 23, 1951. Gary suffered from a congenital heart defect and died at the age of 6. This was a difficult time for the Ulricksens, and they always remembered how the city of Ketchikan came together to help them during this time.

Their daughter Marla Rae was born the following year, Feb. 3, 1959.

Ralph, Marlene and family were involved in the Lutheran Church, and with so many family members in Ketchikan it was a very special time.

Several years later they moved to Juneau where Ralph worked for Standard Oil (now Chevron). In 1965 Standard Oil moved the family to Seattle where Ralph was promoted to a management position. In 1967, after the sudden death of Ned Blatchley, Ralph was asked to manage the wholesale distributorship of Standard Oil in Sitka. This became home and Ralph loved living in Alaska. Ten years later, Ralph opened a hardware-home center store named Viking Home Center, in honor of Ralph’s Scandinavian heritage. In 1976 Ralph had one of the first Apple DOS computers, that he used for all his businesses – definitely ahead of his time!

Along with being an entrepreneur, he was an inventor, cartoonist and designer. A robot he designed and built, named Wawoo by his then 2-year-old grandson Trevor, would “walk” throughout Viking Home Center, entertaining kids and adults alike. Wawoo became a popular icon, much to Ralph’s joy.

An avid boatsman, Ralph invented a safety valve for boat stoves that was patented in 1976. He used this safety valve on his other pride and joy, a 27- foot Unaflite boat he named the Miss Marla.

In 1988 Ralph had a heart attack and was flown to Seattle where he underwent a stent placement. After this medical scare he and Marlene decided to retire and soon after sold their businesses. They lived in Edmonds, Wash., initially, and after several years moved to Anacortes before settling in Mt. Vernon. Missing Alaska, they found northern Washington state to be a close second. Several high school friends also lived in the area.

Ralph and Marlene took their first overseas voyage to Norway this retirement time. They also bought an RV and took many family vacations in the western United States. Ralph thought for a time about opening a computer store, but decided to stay retired.

Ralph worked as Condo Association president, and worked within the local Lutheran Church.

Ralph had a quadruple bypass in 1998, and was diagnosed with Alzheimer’s in 2003. Marlene was diagnosed with breast cancer in 2005 and died in 2010. Ralph died Feb. 13 in Bellingham Rehabilitation Center surrounded by family and friends.

Ralph was a kind, funny, intelligent man, and a sweet and loving husband, father, grandfather and great-grandfather. He will be dearly missed, his family said.