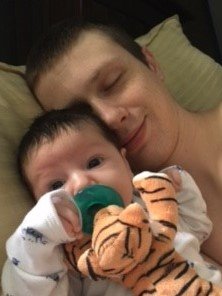 Every parent knows the joy of welcoming their first child into the world and this held true for the birth of Philip Callison Moyer, born October 27, 1991 to us, surviving parents Gillian Callison of Vashon Island, Washington and Scott Moyer of Bend, Oregon.

It was the introduction of Philip that brought his family to discover Vashon Island and make it “home base” for Philip’s childhood and for his siblings to come – Nolan Moyer of Vashon/Seattle, Washington area and McCallie Moyer of Auburn, Washington. His family expanded later with the addition of step-parents Terry Peters of Vashon Island, Washington and Joan Moyer of Bend, Oregon.

Rounding the bases of Philip’s short life, after being born in Orlando, Florida, he and his parents moved to Vashon Island when he was 9 months old. He was homeschooled and attended FamilyLink during his elementary years and continued in the Vashon Island School District, graduating from Vashon High School in 2010.

He moved to Bellingham, Washington to attend Western Washington University for a short time. He was still seeking his life’s path when he met his future wife, Pamela Quintanilla Moyer of Ferndale, Washington. They married in 2015 and were both thrilled and excited to welcome a new baby, Penelope Rose Moyer on January 18, 2017. Philip established his adult life in Ferndale/Bellingham, Washington being a valued employee, trusted and solid friend, husband and father.

Both Philip and Penelope were killed in an auto accident on Sunday, May 14, 2017. This tragic event has brought much attention due to the youth of the victims, the unnecessary nature of the accident and the deep roots and connections that Philip has sown throughout his life.