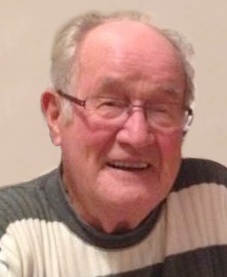 Paul Bertin (Bert) Gendron passed away on Monday, July 11, at the age of 88 at his home in Lynden, Washington.

Bert was born in St. Martin, New Brunswick, Canada on April 30, 1934, to Joseph and Jeanne Gendron. After receiving a Bachelor of Arts degree from St. Louis College in Edmundston, New Brunswick, he attended McGill University in Montreal, Quebec, where he earned a degree in mechanical engineering and began a career in the pulp and paper industry.

While working at Black-Clawson Company in Watertown, New York, Bert met his future wife and lifelong companion, Eleanor LaCroix (1940-2022). Bert and Eleanor were married in Watertown on November 19, 1960. Together, their life adventures took them from Watertown to Sorel and Montreal, Quebec; Beloit, Wisconsin; Vancouver, British Columbia; and Seattle, Point Roberts, and Lynden Washington. They had three children: Bruce (1961-2015), Gigi, and Brian.

A funeral mass in Bert’s memory will be held at St. Joseph’s Catholic Church in Lynden, Washington, on Wednesday, August 3 at 11 a.m. His brother and Bishop Emeritus, Lionel Gendron, PSS, will celebrate the mass. In lieu of flowers, please consider making a donation to the Leukemia & Lymphoma Society or the American Cancer Society.