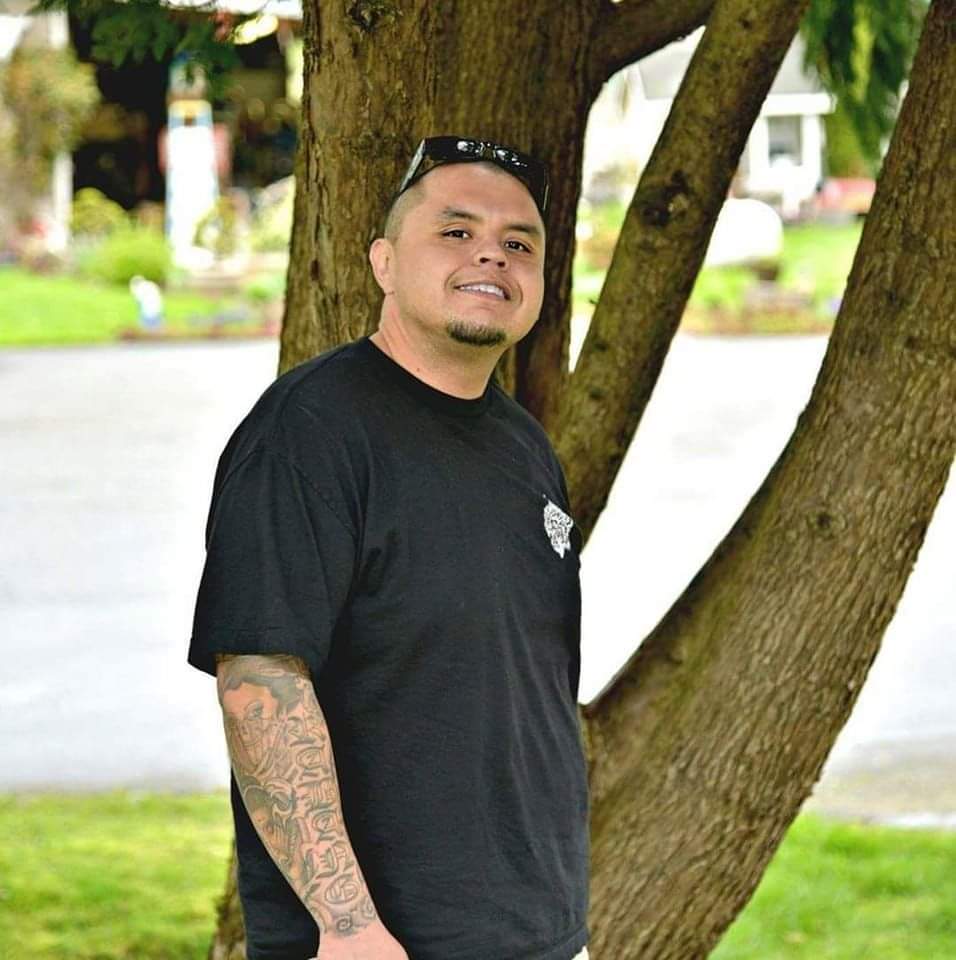 Pablo was born on July 6, 1983, to Robert Rabang Sr and Margretty Rabang in Seattle, WA. Pablo has 2 brothers and 4 sisters. Tina Sam (Murray Sam), Angel Rabang (Jon McDougle), Robert Rabang (Felicia Lawrence), Francisca Rabang (Thomas Warbus), LaJune Rabang (Darren Bacusmo), Rachel Rabang and Martino Rabang (Katie Rabang)
Pablo is survived by his two beautiful children: Sauis James Rabang and Serenity Raine Demyanova-Rabang, and two bonus children Timone Lance Charlie and Rihanna Jewel Charlie.
He is preceded in death by his paternal grandmother, Elizabeth Rabang Eugenio, grandfather Frank Rabang, grandpa Leonard Gladstone, maternal Nonna Jesse Gladstone; nephew Christopher Rabang-Samples; uncles Dave Andrew Rabang and Leonard Rabang.; auntie Goose Sonia Rabang Lomeli.
He is survived by his Parents, Sisters, Brothers, Aunts, Uncles, Cousins, and numerous Nieces and Nephews.
Pablo spent most of his life in the Everson, Deming, Chilliwack area growing up with his family. In his youth Pablo was a Math Olympian and master typer, typing 89 words per minute. As an adult Pablo worked as a fisherman, landscaper, construction and welder.
He loved nature. Whether it be in the mountains or by the water. He shared his love with his children. He has many pictures to prove it.
Pablo lived his life on the edge. He wasn’t afraid to try anything once but don’t ask him to catch a mouse. That’s where he drew the line.
Life changed for Pablo when he had his son. He was so proud to be a dad. All he would do is talk about Saius. Then his life got turned upside down when he became a girl dad. His baby girl could do no wrong and what Butt Butt wanted she got it. Her dad was wrapped around her tiny finger. Pablo learned to have tea parties and how to paint nails. He did his best to let his kids know that he loves them.
Pablo was a free spirit. He roamed wherever the wind took him. Whether it be out digging claims with his uncle Mike, hitching a ride to the casino, going on a spontaneous road trip or roaming the woods with the neighborhood kids or making up games. He never took things too seriously.
Pablo had a thing with movies. He could quote them word for word. He had a smile that could get him out of anything. Even in your maddest moments with him he had a way to make you laugh and make you forget what he did.
On any day of the week you could find Pablo listening to music and singing at the top of his lungs to Metallica, Red Hot Chili Peppers, Tupac, E-40 just to name a few. Music is where he found peace. He even wrote a few songs.
Pablo was a father, son, brother, nephew and friend. He will be missed.
There are no goodbyes for us, wherever you are, you will always be in my heart-Mahatma Gandhi
Funeral services will be on Sunday, May 15, 3:00pm at  Moles Farewell Tributes Bellingham, 2465 Lakeway Drive, Bellingham. His Celebration of Life will be at Deming Logging Show after the funeral services.