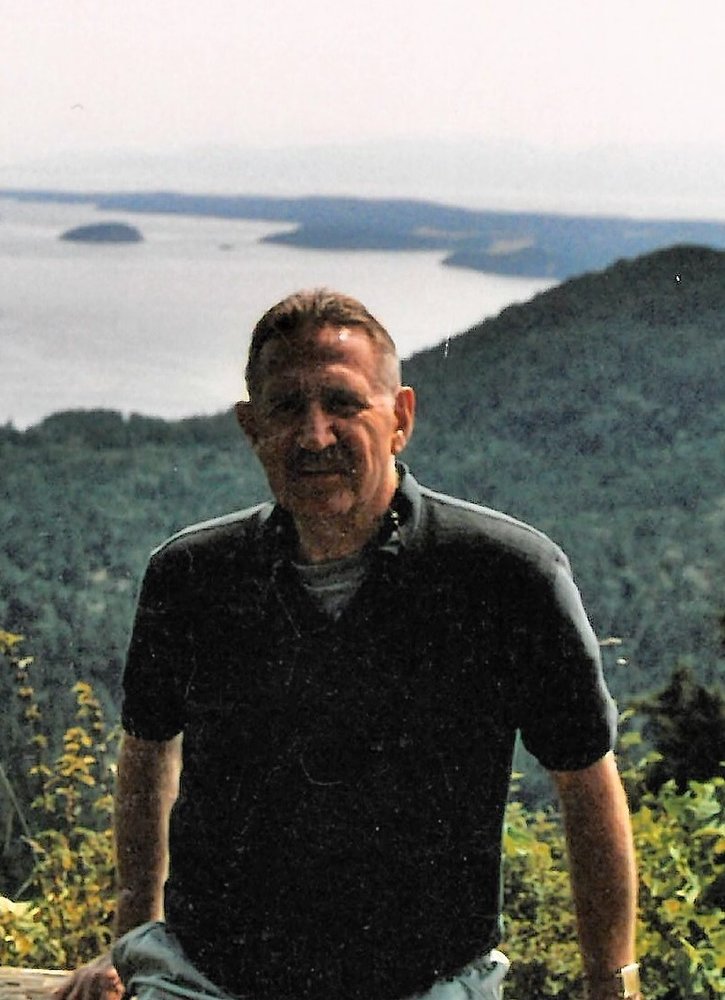 On Wednesday August 15, 2018 on San Juan Island, Michael made his final transition to spirit. After a day filled with beauty and joy he collapsed in the arms of his wife Patti where he breathed his final breath. He was carried home by ferry at dusk with the words of Rev. Jack Groverland lifting his soul to join the Universal Oneness.

Michael was born in Madison, Wisconsin on January 17, 2018 to Robert and Helen (Heronemus) Brettell. He graduated from Monona Grove High School in 1964 and received his B.A. from the University of Wisconsin – Madison in 1968. He went on to work as an Aerospace Subcontract Division Administrator for the Apollo moon launch at Honeywell Aerospace; he later served his community through drug and alcohol counseling at California Prison System. For the past 20 years, Michael was an avid fundraiser for the National Multiple Sclerosis Society. When he could find free time, Michael loved watching the Chicago Cubs and watching golf, especially rooting for the younger players.

He met Patti in Scottsdale, Arizona and were married at Unity of Boulder, Colorado by Jack on June 26, 1992. He was always the wind beneath her wings, encouraging her to pursue medicine and supporting her in her career as a neurologist.

Michael was an authentically kind, generous, and positive man. He was always a fighter. He will be remembered for his elegance, gentleness, brilliant mind and most of all his compassion for others.

He is predeceased by his parents and his uncles Bill and John Heronemus, who was like a father to him. Michael is survived by his beloved wife Dr. Patti J. Brettell; his son in marriage Nat (Jenny Beck) Mokry of Seattle, WA and Austin, TX, son Christopher Brettell and grandson Brendan of CA, sons Greg and David Gavin of MN; brother Tim Brettell of FL; sisters Julie Koehler of Loganville, GA and Carolyn Frederixon of Blair, WI; and his beloved yellow lab Gracie.

Greatest thanks to the EMTs, San Juan County Sherriff & Coroner, the Park Rangers at America Camp, and WSF employees whose grace and kindness will never be forgotten, and to Rev. Jack Groverland, Unity of Boulder Church, who made this journey possible and Chaplain Jeff Packer who provided support to him and his family in his last days.