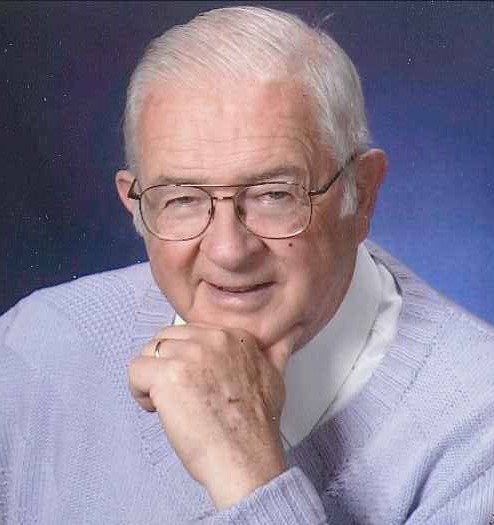 Reverend Kenneth W. Smith, age 90, of Ferndale, WA, passed away September 7, 2017. Born in Lackawanna, New York, Ken left High School early to join the fight in World War II. His journey through the European Theater awoke empathy, compassion and courage that would serve him well in the years to come. Returning home, he attended Sterling College where he met the love of his life, Betty Marie Ramsey. They married on August 18, 1950, in Arkansas City, Kansas.

Ken and Betty began their Christian service as mission teachers at Sheldon Jackson College in Sitka, Alaska. Answering his call into the ministry, Ken earned a Masters of Divinity degree at San Francisco Theological Seminary and began his 40 years as a Presbyterian minister serving at the Chapel by the Lake, in Auke Bay, Alaska. After 22 years, Ken, Betty and familymoved to Hawaii and served 12 years at the Waimea United Church of Christ on Kauai. Ken was called back to Alaska, finishing his congregational service at the Eagle River Presbyterian Church with an additional 8 years. Church members, and non-church members alike, were struck by his vigorous devotion to congregation and community.

He directed and presided over the “Go See Seminar” mission trips throughout southeast Alaska aboard the Anna Jackman, one of several vessels in the legendary “Presbyterian Navy”. He served in multiple capacities within the Presbytery of Alaska, and in Hawaii with the United Church of Christ. Entering retirement, Ken maintained a robust schedule, where he held numerous community and volunteer posts, and authored 19 books.

Ken was known for his humor, empathy toward all people, and innovative programs. He was involved in numerous building projects in each of his congregations, and in many community projects as well. He would see a need, and start projects himself to get momentum going. Ken often commented that being a pastor was the “best job in the world”. His congregations fondly remember his inspired, thoughtful sermons, his mind-bending puns, and in particular, the creative energy and practical love he applied to everyone and everything he was involved with. Ken loved and embraced all people and cultures, truly living a life dedicated to Christ.

Kenneth was pre-deceased by his mother and father, William and Marjorie Smith, his brothers, James and Gerald, and his son, Philip A. Smith.