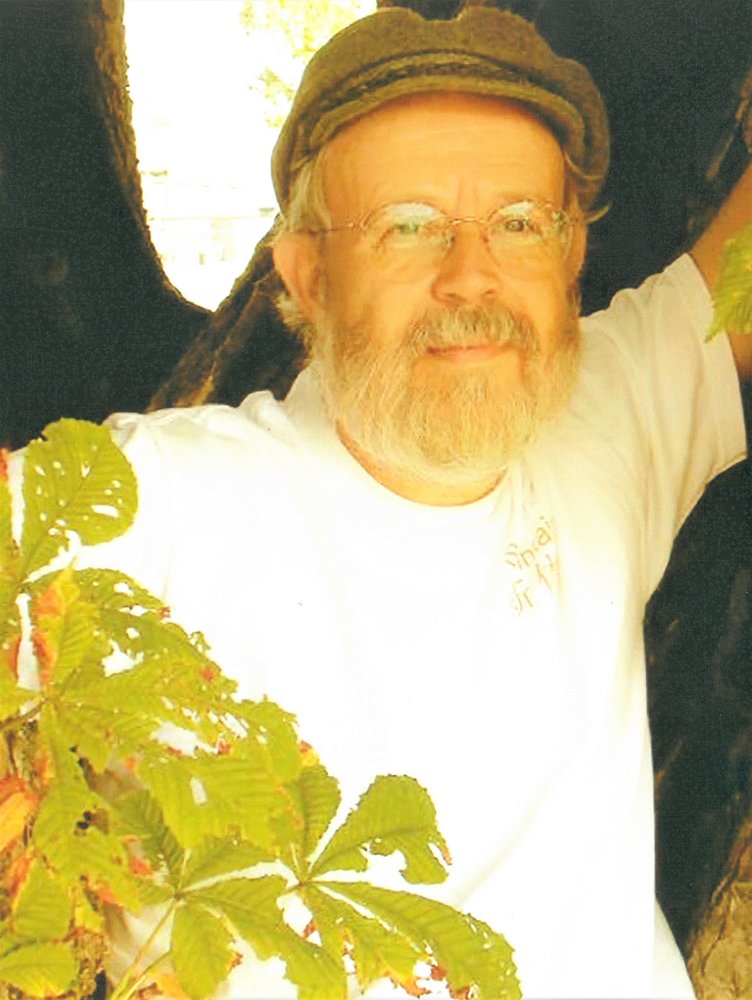 John Henry Seaman, age 73, passed away on April 6, 2018 in Bellingham, WA. John was born on October 27, 1944 to Al and Flora (Willard) Seaman in Cincinnati, OH. On June 11, 1970, he married the love of his life, Sara Lee Morrissey. He attended San Francisco Theological Seminary where he received his Master of Divinity, and his passion for teaching, writing, and educating stayed with him throughout his life.

John will always be remembered as insightful, far-seeing, persistent, and joyful. He loved long contemplative walks, deep conversation, puzzles, and practicing Shintaido. He was known for chasing down logical contradictions and pinning them to the ground. John was also a truly talented poet and loved to post his work online and dive into the lively discussions that ensued. He was an inspiration to all who knew him and will be so fondly remembered for his ability to help people grow much bigger than they thought they could. His light will always shine bright in the lives he touched.

I met John at San Francisco Theological Seminary in San Anselmo CA in April 1970. (As a woman, I had qualified for a free ticket to a seminary conference for prospective minority students, but that’s another story.) He was a mature 25 years old to my 20, and went barefoot everywhere except to the church where he was a student intern. I concluded that he was the most authentic person I had ever met, not because he was barefoot, but because his trousers came from a donation box for poor seminarians and had clearly been the bottom half of some old gentleman’s polyester suit.

When we got married, we applied for several positions, including a lovely peaceful teaching position in Beirut, Lebanon (the civil war didn’t start until the next year), and were accepted as English teachers in Tokyo, Japan. We renewed our contract twice, and were just about to leave for Scotland and PhD studies when John discovered a group of Westerners in a park doing what looked like a cross between gymnastics and very oddly choreographed modern dance. That was our introduction to Shintaido, which kept us in Japan for another five years and connected us to the worldwide community of Shintaido practitioners. That was also when John started writing The Journeyers, a multi-notebook experiment in Shintaido-esque fiction and a great many characters who ran off with the plot quite regularly.

We left Japan for Baker City, Oregon, where I worked on my family’s cattle ranch for a few years; John took classes at Eastern Oregon State University, filled more notebooks about the Journeyers, taught remedial college math, and started a Shintaido group which he pestered with odd and often uncomfortable questions. I opened a translation business, we moved to Bellingham, Washington, and over the next 30 years John started more Shintaido groups, continued to pester students, and filled still more notebooks with Journeyers, collages, and a convoluted cross between poetry and mind calisthenics.

John was my best friend, partner, irritant-in-chief, and head cheerleader. He taught me a lot, including:

-We don’t have to be able to explain something good in order to be a part of it.

-Everyone is valuable and loved by God. You and me, too.

-Although everyone is valuable and loved by God, no one is called to help everyone.

-It’s a lot of work to be consistent, but people won’t trust us if we’re not.

John’s physical health and energy began to deteriorate two years ago. He was hospitalized after a series of falls in mid-March of this year, and died of pneumonia on April 6. I was with him; it seemed quite peaceful.

I visited the crematorium and watched his body go into the air. His atoms are as free as his spirit now; if you feel a strange itching in your brain, it may well be John.

My first memory of John was of this skinny bearded guy standing in the living room of Lee’s and my apartment in Corvallis, Oregon. He was dressed in a black suit and stood on one foot, striking poses with a dress sock hanging off his nose while Lee giggled.

Our friendship developed by letter during the years that he and Lee lived in Japan. John was the guy who told me things I didn’t want to hear but resonated in ways that caused (in his words) “maximum discomfort and minimum harm.” I understand he had that effect on a lot of people.

We talked—in person, on walks, by letter, by e-mail. I struggled to understand even a small part of his complex thoughts and eventually (and intelligently) gave up on trying to duplicate them. I couldn’t follow him on metaphorical logging roads or out to Edge City, but when I had cancer and spent some time on the border between life and death, it was enormously comforting to know that he thought it was an okay place to be.

So here is a list of things I believe that come from John’s influence.

The question is not whether a given thought or behavior is moral or immoral, but whether it is useful to the person I want to be. The corollary: there just aren’t that many things that are clearly moral or immoral. Things that don’t qualify include (these are from my point of view – you can apply your own):

-Whether you know all your neighbors

-Whether you read paper books or e-books

-Whether you talk to people face to face or online

-Whether your identity matches what other people think

-Whether your house is clean

-Whether you go to church

God loves us not because we are useful but because He can’t help Himself. God’s love doesn’t depend on whether we deserve it.

Walking around the block may improve my state of mind by ten percent. That’s still an improvement.

It’s okay to choose chocolate just because I want it. I don’t have to justify the choice or choose something else because I think it’s more respectable or better for me.

Power is not a matter of force or muscle, but of energy aligned toward the goal. It’s possible to work hard and get very little done. Working hard is not the point.

If there seem to be only two choices in how to address a problem, I’d better look further. Plus-sum games accomplish more than zero-sum games.

Take good notes, especially when there’s nothing else you can do.

My Uncle John was on the one hand a delightful mystery to me, and on the other hand one of the most direct and candid people I know. He did not suffer fools, and yet he was willing to be a kind of trickster, or holy fool, himself. I knew I could go to him for the unvarnished truth, as he saw it, and that at the same time he would see that truth in a way that might open up the unexpected. One memory: When I was a teenager I had taken a silkscreening class and printed some stationary for my grandmother, his mother Flora. Years later, he reminded me of this gift, a simple linear graphic, and told me how it—both in its physical design and its transfer between generations—opened up his understanding of his mother’s personal and spiritual journey, freeing something expansive and beautiful that had been constrained by everyday life. His poetry, wildly inventive and yet built from found materials, sparks a similar recognition in me of my uncle, the austere man who savored his dessert first.

When I think of the understanding of “play” I got from John, I think I learned to have faith in a positive outcome: if I took care of safeties and kept myself connected Ten-Chi-Jin-wise all would work itself out. I use this lesson every day now as I approach Pilates and working with clients with various weaknesses or injuries.

I often remember one particular keiko John taught in Bellingham. We were by a body of water with a rocky, pebbly beach. The exercise was to walk and feel the uneven surfaces. It was simple, yet profound!

I hope John finds everything he’s looking for on this last journey! During the recent Martin Luther King memorials, Andrew Young said, “But, you know, Africans say, you ain’t dead till the people stop calling your name.” It’ll be another long while before we all stop calling John’s name.