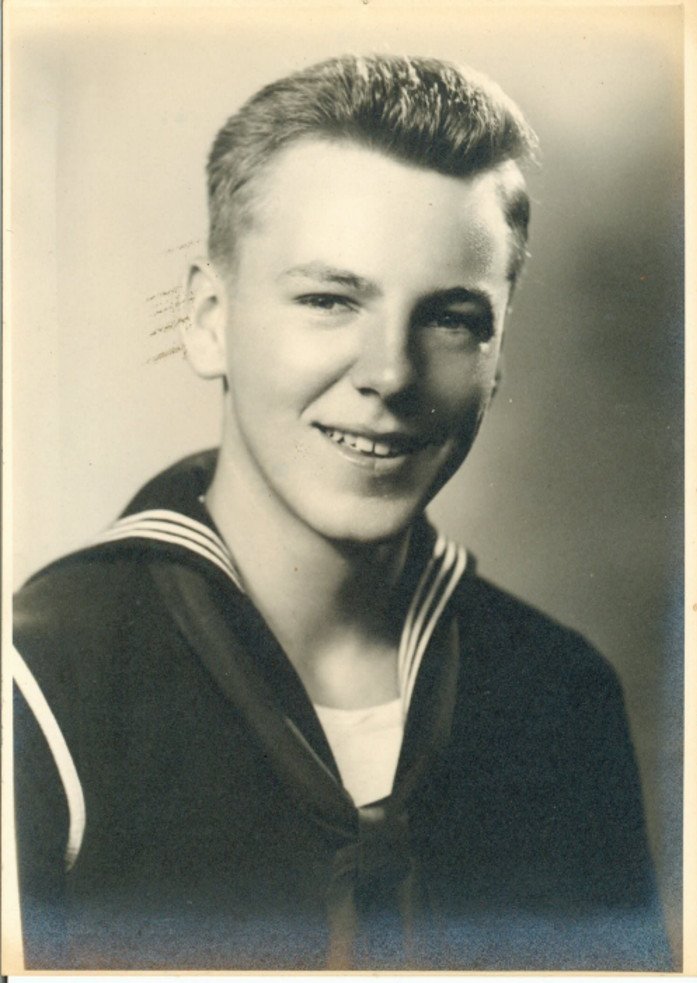 John G. Griffith, Jr. passed away peacefully on Tuesday, June 23, 2015. He was born on April 18, 1927 in Bellingham, WA to Lillian and John Griffith, Sr. He graduated from Whatcom High School and joined the Navy shortly after. He met the love of his life, Marian whilst attending Western Washington University and married her September 24, 1950.
John was the second generation to own and operate Griffith Furniture, a company his father began in 1939, and retired in 1995, still popping by the store weekly. He enjoyed being near the water in any way; living at Lake Samish, taking boat trips to the San Juan Islands, and walking around the harbor. He had weekly coffee meetings with his buddies, many of whom he knew since high school.
John is survived by his son, Steve Griffith; daughter, Julie Mohan; grandchildren, Sondra and John Griffith, Jesika Scarpete, Selena and Dale (wife Jenny) Dauenhauer; great-grandchildren, Mckenna, Mia, and Everly Dauenhauer; and many nieces and nephews. He was preceded in death by his wife, Marian Griffith (2/23/14); his sister, Jackie White; and his grandson, Billy Scarpete. There will be a Memorial Service held for John on July 10, 2015 at 12:00 pm at Moles Farewell Tributes in Bellingham with a reception to follow in the Whatcom Room. Please share your thoughts and memories in the guestbook.