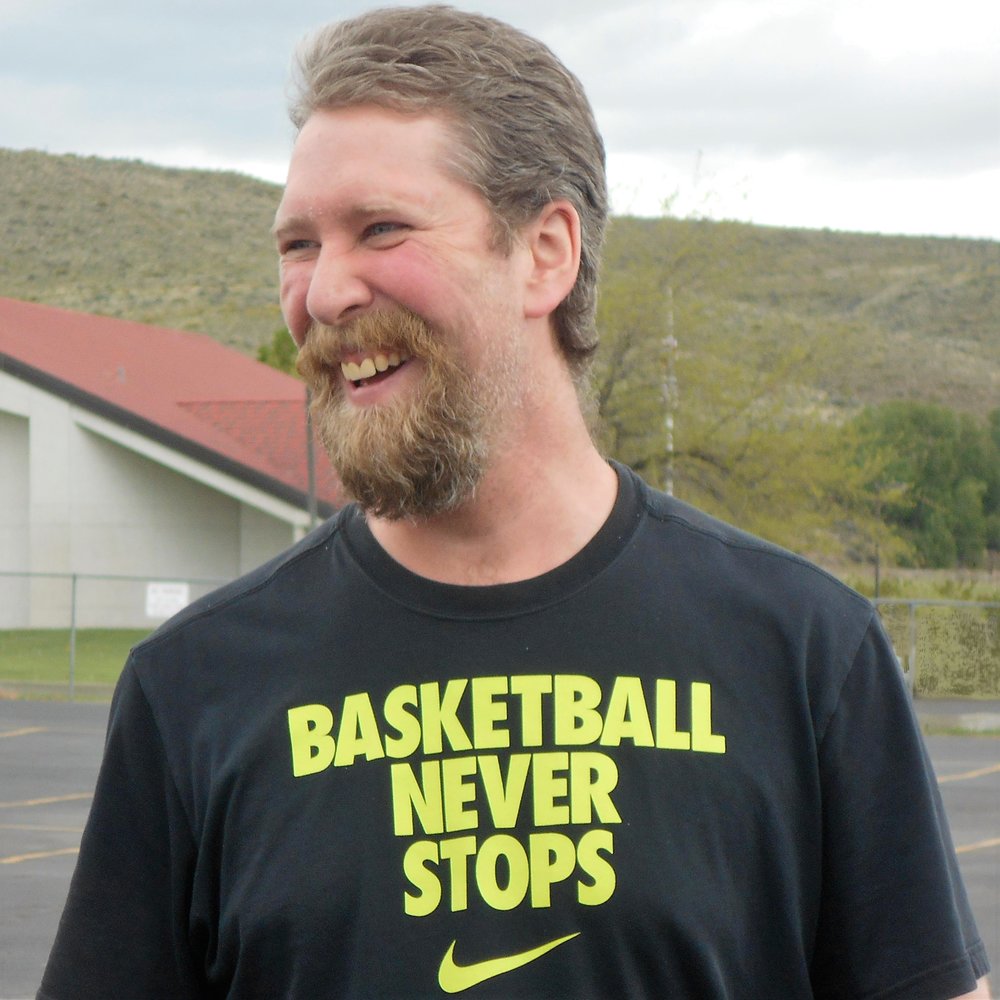 Husband, father, son, brother, friend, coach, and leader. Jeremy John Engle was all of these and more.
He died unexpectedly of a heart attack in the early hours of February 13, 2016 and his loss is felt by all who knew and loved him.
Jeremy met Aimee Nelson, his best friend and wife of 22 years, in Calculus class at South Whidbey High School. He went on to attend WWU and the University of Iowa and then served as Grocery Manager for Kroger in Atlanta and a Route Sales Representative for Frito Lay in Bellingham. At Frito, Jeremy was respected for his intelligence, leadership and integrity; just before he died, he received the prestigious “Ring of Honor” award (his 3rd) for top sales in the Seattle North district.
Jeremy was an attentive father who would do anything for his children. His sons Langston Xavier (18) and Andrew Jelani (14) were the center of his world.
He rarely missed a game, race or school event and coached the boys’ chess club and basketball teams, where he was a supportive mentor to all he taught. Jeremy felt that cost should never be an obstacle for participation—he ran the Larrabee Chess Club on small donations, stretching every dollar to ensure the kids had access to high quality resources. Jeremy had a head for money management and was a master of finding bargains on the internet. As a result, his family was able to go on vacations to Jamaica, Mexico, and throughout the U.S., all at a very good value. Although there was the occasional accusation of extreme frugality, especially from those who felt the thermostat should be set above 60, this was something we loved about him.
Jeremy had a passion for basketball. He never got over the sale of the Seattle Sonics and would talk basketball for hours with his friends and fellow enthusiasts.
He had a generous heart and spirit that was hard to ignore. Even those who experienced his sometimes relentless stubbornness found it difficult to stay mad at him. He adored his family and none of us were ever in doubt that he loved us.
Words cannot express the loss we feel.
Jeremy also leaves behind his mother, Jacqueline Engle, father, Ralph Engle, brother, Philip Engle, sister, Marya Engle, in-laws, Pinky and Susie Nelson, sister-in-law Marti and Eric Frazier, and nephew, Pierce. He was preceded in death by his brother, Mark.
A memorial service will be held at Moles Farewell Tributes, 2465 Lakeway Dr. on Saturday February 20 at 1pm.
In lieu of flowers or gifts, donations towards a scholarship in his name can be made at www.gofundme.com/w6ny6zvw.