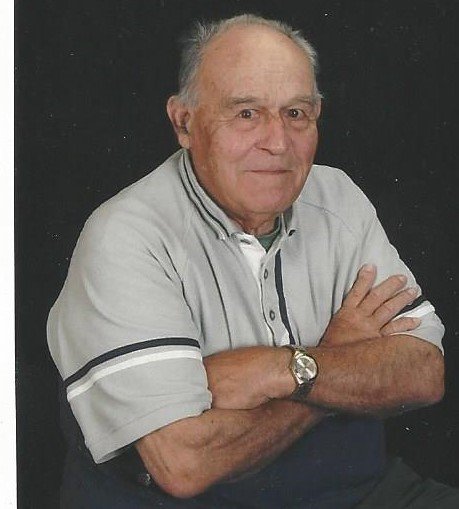 JAMES D. HOPPER, an Alaska Pioneer, passed away quietly on March 10, 2017 at the age of 95. He leaves behind a legacy of hard work, tenacity, persistence and perseverance.

Jim was born in Seattle, Washington on June 18, 1921, the middle child of Floyd Hopper and Lois Best Hopper. After high school he went to work for Boeing Aircraft and worked his way up to Crew Chief on the DC3’s. During his time at Boeing he was also chosen to work on special projects, including one that extended the flight range of the DC3. He was very proud of his contribution at Boeing.
After the war, Jim went to work as a mechanic for Northwest Airlines, and in 1947 the young family man moved to Anchorage. While working at NW he also sold real estate part time. After the sale of a large commercial property he made real estate his new career path.
Jim opened Arctic Realty on Spenard Road in the late 40’s with his wife and mother as his first employees. He was very active in the real estate community and was president of the Anchorage Board of Realtors for a time. In the early 60’s Jim also began Hopper Construction where he developed property and built over 100 homes in the Anchorage area. He was an early developer and builder at Big Lake, as well as some of the smaller areal lakes. In the early days of construction Jim would often ferry building supplies in and to his sites in his over-powered Stinson aircraft. He was an avid pilot, summer or winter, whether he needed floats or skis or tires on his plane.
After retiring Jim took up oil painting, becoming quite proficient, including some Fur Rondy ribbons. He was fond of taking classes with local artists and other well-known painters.
He sadly leaves behind his two daughters, Christine Johnson and her husband Larry Johnson of Seward, Alaska, and Hilary Madden and her husband Jim Madden of Big Sandy, Tennessee.
He also leaves a loving granddaughter, Kymberly Lahti Wolcott and her husband Gregg Wolcott of Nancy Lake, Alaska; grandson Jayson Roberts-Lahti and his wife Tracy of Virginia. Jim was predeceased by grandson Vennie Lahti, Jr of Anchorage. He also leaves granddaughter Hailey Beth Micke of Taylors, South Carolina.
Also, much loved granddaughters Bobbie Jo Johnson Nelson of Denver, Colorado, and Kinda Johnson of South Vietnam, and grandson Craig Johnson of Denver, Colorado.
Sean Lahti, Phillip Lahti, Dylan Wolcott, Ryan Wolcott, Brandy Hawkins, and 9 other great-grandchildren and 1 great-great grandchild.
His family will greatly miss his wit, wisdom and his outlook on life.