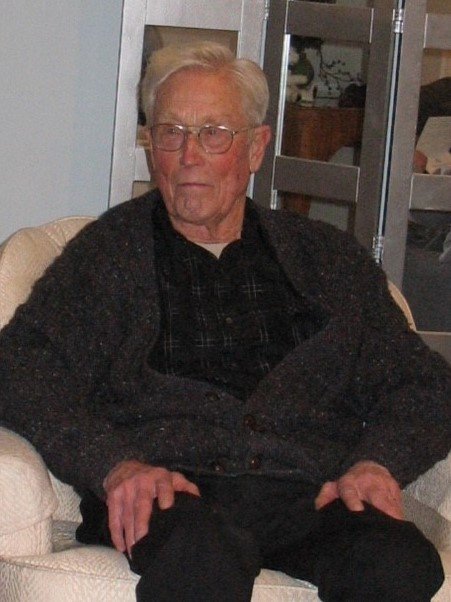 Jack Kerr, 94, passed away on May 6, 2017. He was born on March 31, 1923, in Seattle, WA. He attended North Queen Anne Grade School and played half-back on the school’s soccer team. He graduated from Queen Anne High School and went on to serve in the United States Merchant Marines from 1942-1946 in all theaters of war. After returning, he graduated from Seattle YMCA Radio and Television School in 1954. He worked for Pacific N.W. Bell Telephone and American Telephone and Telegraph from 1946-1988. He retired from AT&T as a radio technician in April 1988. While on leave from the telephone co., he served a year in the Signal Corp. of the Army in Sendai, Japan in 1949. He was recalled for another year in 1950 during the Korean War. He served as Staff Sergeant in charge of communications in the 213th Armored Field Artillery Battalion in Korea.

Jack enjoyed saltwater salmon fishing for most of his life. He was involved with Scuba Diving from 1955-1983, teaching Scuba Diving at the YMCA and being in charge of the Sea Scout Diving Program. He belonged to the Bellingham Power Squadron from 1975-1980. In 1983 he joined the Greater Bellingham Running Club, running all distances including 11 marathons (26.2 miles). He was a charter member of the American Merchant Marine Veterans—San Juan Chapter in 1996. He served as chaplain, club treasurer, vice president, and president. He also belonged to the American Legion Post #7.

He is preceded in death by parents John and Winifred Kerr and son Clifford Allen Kerr. He married and is survived by Rosalie Kerr. He is also survived by two children: Sandra Ann Gunderson, and Brian Kerr and Rosalie’s children: Cathryn Nelson, Douglas Martinson, Daniel Martinson, and Michael Martinson. He was also a parishioner of N.W. Baptist Church.

A memorial service will be held on Monday, May 15 at Moles Farewell Tributes Greenacres at 11am, to be followed by a graveside service at Greenacres Memorial Park and reception. Memorial donations may be made to the American Merchant Marine Veterans—San Juan Chapter or to N.W. Baptist Church.