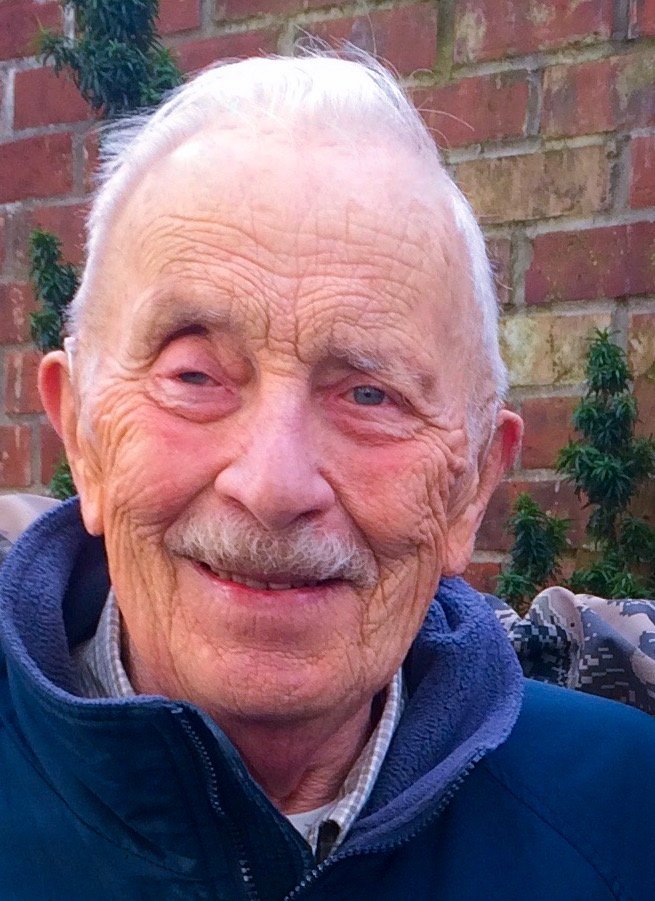 Harold John Sydnam, Jr. was born 90 years ago in Bandon, Oregon. Most of us knew him as “Syd” or “Grumps” and as a man who left a trail of laughter, generosity, compassion, and wisdom.
On the verge of 63, Syd reflected on things he would (at that age) have liked to do in his life, like play, but not necessarily win, the U.S. Open or “place” at Camp Perry in the Big Bore Match. Although he was never accepted to the U.S. Open or competed at Camp Perry, he was an accomplished man.
From 1932 to 1945, Syd lived in Lynden, Washington. In 1945, at age 17, he signed up for the U.S. Marine Corps during World War II, and was stationed near Tiensen, China. In 1950 at age of 23 he was recalled to active duty and went to Korea as an Infantry Fire Team Leader “Grunt Corporal”. As a Sergeant in June of 1951 he was awarded the Bronze Star Medal for advancing up a bare hill in the face of intense and accurate enemy fire to get within 20 yards of the enemy position and then skillfully threw a volley of hand grenades which completely neutralized the positions, enabling his squad to advance and seize the objective. He was released from active duty in December of 1951. His military memoirs can be read online at: http://www.koreanwar-educator.org/memoirs/sydnam_harold
From 1952 to 1959 he was an airline dispatcher for Pacific Northern Airlines in Anchorage, Alaska and served with the Alaska Department of Public Safety, advancing from radio dispatcher to Deputy Commissioner 1959 to 1983, retiring as “acting” Commissioner. In 1953, he married Nancy Elliott Sydnam, M.D. with whom he had four children. In 1988 Syd married Jacqueline Ryan Sydnam.
After his retirement in 1983, he pursued some of his many hobbies including growing roses and peppers, taming wild birds, outsmarting squirrels, never losing a game of cribbage, and sending daily joke emails to family and friends. He also worked as a self-employed sailor, pursuing his passion for sailing on the Arctic Tern, a 39′ sloop he bought upon retirement. He had a great fondness for the outdoors including hunting and fishing in Alaska. He never met a person he couldn’t like and the same could be said about him. He was adored by many and will be missed by all.
We were blessed to learn many valuable lessons from Syd during his 90 years, among them was tough times don’t last, tough people do. He was one of those people. He was thankful for each joyful awakening that brought on another day, and shared that joy with others.
Harold was predeceased by daughter Claire Ann Sydnam, Jacqueline Sydnam as well as Jacqueline’s sons Peter and Michael Ryan. He is survived by Nancy, sons Elliott K., R. Bruce, and Ben A. Sydnam, as well as stepdaughters Jennifer Sweder and Susan Monro, grandchildren Henry, Cornelius, Allison and Jackson, step-grandchildren Michael and Samantha Ryan; Peter and Jeffrey Ryan; Jesse, Matthew and Melissa Sweder, John D. Munro, and five step-great-grandchildren.
Family and close friends will gather at Lynden Cemetery at 3:30pm on Friday April 28th for the inurnment of his ashes. Saturday April 29th between 2-5pm there will be a celebration of his life at the Leopold Ballroom in Bellingham, WA. Friends are encouraged to share a story.