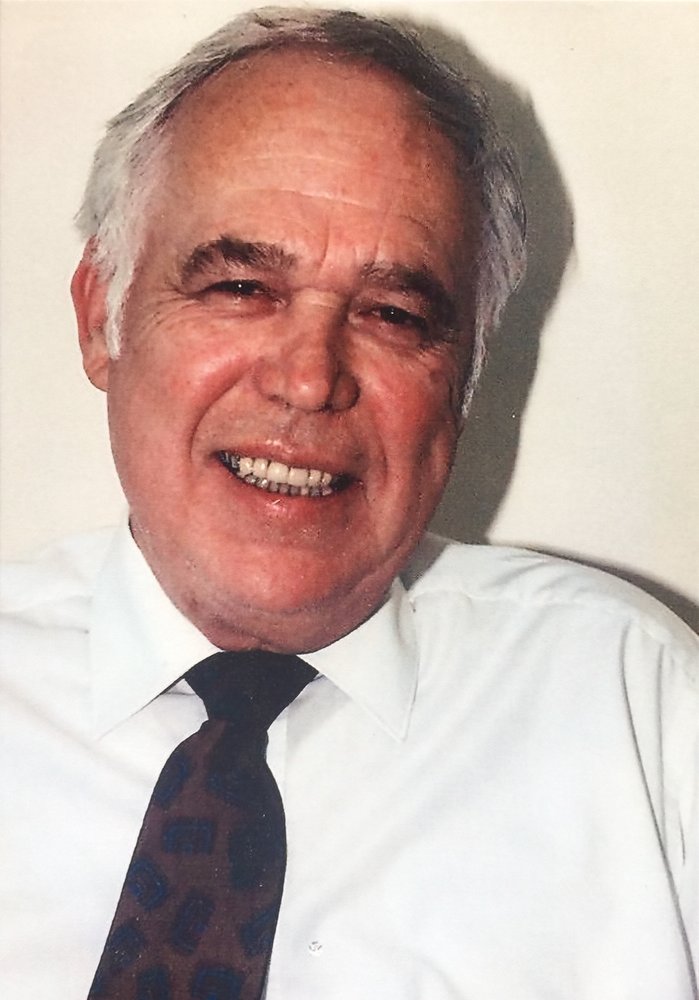 Jim’s time on earth was absolutely superb. He considered himself extremely fortunate to have had excellent health and to have lived so long. God was very good to him and to his loving family. He died of old age on May 14, 2016.

Jim was the only child of Anna Cassidy Stewart Littlepage, a hard-working Irish Catholic mother whose love, ideals, kindness, compassion and character-building discipline provided the foundation and path for life’s beautiful journey. He valued the lessons his mom taught him along with her love of the blessed mother and the miraculous power of prayer through the Holy Rosary.

It was an enormous stroke of luck and outstanding good fortune for Jim to meet, know, marry and spend 55 magnificent years with his devoted and beautiful bride, Anne—a truly precious and exceptional human being whom he loved more than words could ever express.

Three children– Mary Aslin, Virginia Ringseth and Luke Stewart–brought immense joy, enormous pride, and honor to the family through the years. He was gratified by the love, fidelity, and affection they showed to each other, to him and to their loving mother, Anne.

He liked the prayers and scripture contained in the 1962 Tridentine Traditional Latin/English Catholic Mass Missal. He regretted those times during his life that he failed to follow God’s commandments and the virtues of humility, kindness, patience, purity, charity, and love of neighbor. He prayed that his soul would be allowed to enter into God’s glorious, heavenly kingdom through the purifying process of penance and purgatory.

As an educator, Jim held that even the most severely handicapped student could eventually learn to read and do math if encouragement was provided, measurable instructional objectives were defined, and the tasks to be learned were broken down and taught at a level wherein the learner could have some measure of success. He published articles in professional journals on this subject and co-authored a book, Community Competencies for the Handicapped, Charles C. Thomas, Publisher, Springfield, IL, 1978. He also published a paper which appeared in the Journal of the American Geriatrics Society: “A Nucleus Vocabulary in the Therapy of Dysphasia: Word Finding, Naming and Recall–Case Report,” 1966. He and Anne also wrote, edited, published, sold and distributed a monthly newsletter, “Trends in Special Education,” 1980-82.

Jim was a constitutional, legislative, judicial, fiscal and social conservative. He held that marriage was only for, and between, a woman and a man. He believed in the sanctity of life in the womb. He was Pro 1st, 2nd, 4th, and 10th, Amendments; a life member of the Veterans of Foreign Wars, Post 9301, Lynden, WA; a life member of Bellingham, WA, American Legion Post #7; a charter member of Post #7 Legion Riders group; and a life charter member of Marine Corps League, Capt. Daniel B. Bartle Detachment, 1335, Bellingham, WA.

Jim’s ashes are to be inurned at Arlington National Cemetery in our nation’s capital.