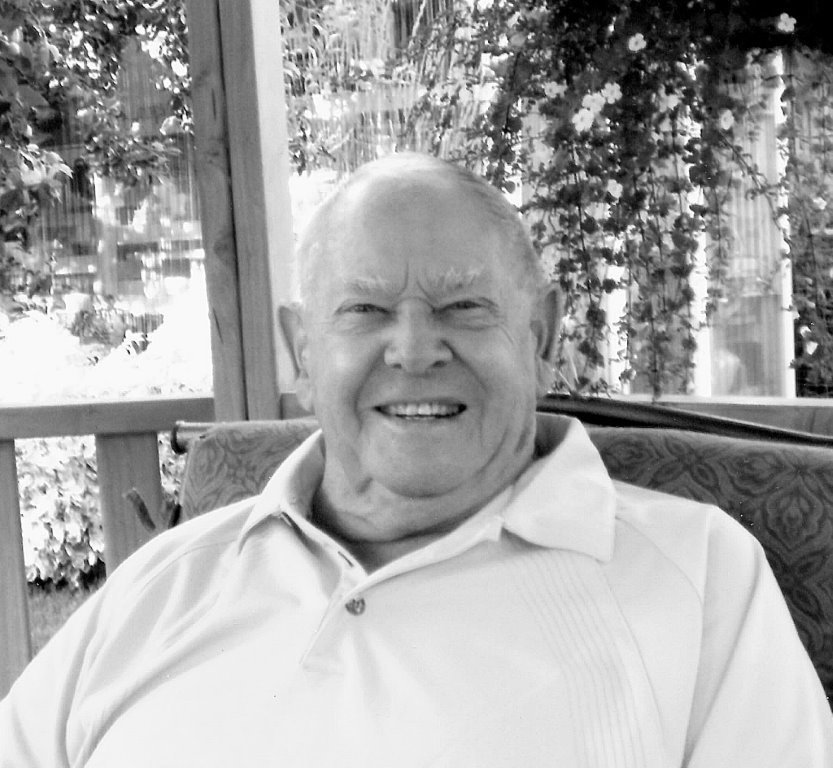 Elmer Oium Eid was born to Elmer Sander Eid and Lillian Catherine Oium Eid on March 26, 1929. He was raised in East Grand Forks, MN with his younger brother Benton (Tom), and sisters Annabel (Liv), and Alice (Maren) Eid. He attended public schools in East Grand Forks where he got away with nothing since his father was the principal of the high school there. As a child, he had many friends and told many tales of their adventures. One of these adventures included a girl who was attending school in East Grand Forks due to a teachers’ strike in the Twin Cities. He was thrilled that she was not much of a marble player and beat her for her marbles repeatedly.

Elmer attended the University of North Dakota and majored in Business Administration. He was a member of the ΣΑΕ fraternity, played trumpet in a jazz band, and partied heartily. During this time, he met Beverlee Jeanne Juneau, the same girl he had stolen marbles from years before, and married her.

Elmer and Beverlee enjoyed their retirement snowbirding to Surprise, AZ. In 2001, Bev Eid died, and Elmer became a fulltime resident of the state of Arizona. Elmer enjoyed his life in Surprise and made many close friends. Together they supported one another through the inevitable illnesses and losses of aging. One of the best of these friends is a woman named Gerry Hudson who meant the whole world to Elmer. For the last twelve years of his life they traveled together, laughed, played, and enjoyed one another immensely. Gerry’s presence was instrumental in assuring that the quality of Elmer’s life remained high until he died.

Elmer was preceded in death by his wife Beverlee, his parents and brother Tom, two infant sons, and his grandson, Henry. He is survived by his loving partner Gerry, sisters Liv and Maren, his three children and their spouses RaChelle (Shelly) and Perry Zylstra, Eric and Gwynn Eid, and Kirk and Kirsten Eid; grandchildren Sarah and David Snider, Dustin Lorenson and Caitlin Zylstra, Kellen and Garrison Eid; and great granddaughter Sadie Jane Snider.

Dad will be remembered as a loving husband, father, grandfather, and partner. His proudest legacy will always be his family. Thanks for everything Dad. Rest in Peace.

A private graveside service is planned. Memorials can be made to Church on the Street (1310 G St. Bellingham, WA 98225).