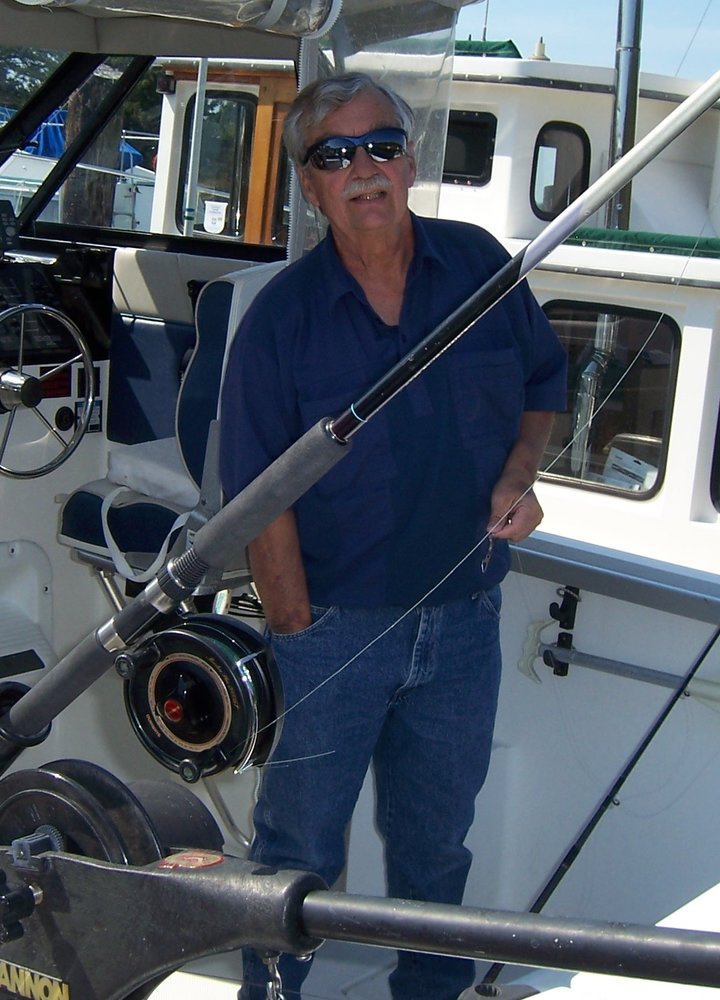 Don passed away on December 15, 2018 at his home in Ferndale, WA surrounded by his loving family.

Don was born in 1939 to Donald and Edith Daniels in Mare Island, California where his father was stationed as a Naval submariner officer. Don grew up in the navy town and at age 19 he met and fell in love with a young navy brat, Ruby, and they secretly eloped in 1960. Don worked his way through college & graduated from San Jose State University, California in 1965 with a degree in electronics engineering all while he and Ruby added three children to their family: Don Jr., Glynn, & Greg.

Don worked for 26 years as a design engineer in Silicon Valley, where he co-founded six companies, earned 14 design patents and established his own consulting business. One of those companies, Quantum Corporation, was awarded Entrepreneurial Company of the Year by the Stanford Graduate School of Business Alumni Association in 1985.

After raising his family in Santa Cruz, California, Don and his wife left the hectic pace of the Bay Area in 1986 to pursue a new path. They retired to San Juan Island in Washington State. During their twenty five years on San Juan Island, Don became an accomplished fisherman, boater and wood turner. Don taught himself the art of wood turning and was twice selected for exhibition in the Northwest International Juried Art Competition in Bellingham, Washington. He exhibited in many local art shows and sold his work in several prestigious galleries on the West Coast and displayed in the state capital rotunda in Olympia for a year.

Don set an intention early on to spend his life “making memories.” He always valued experiences over “things” giving his children and grandchildren many wonderful adventures through travel, fishing, boating, crabbing and creating with his hands. Don archived these family memories in thousands of photos and home videos which he enjoyed organizing digitally to leave for each member of his family along with his extensive genealogy research.

Among Don’s happiest memories are building barns and fences and critter pens with his sons at their childhood mini-farm in the Santa Cruz mountains; taking grandchildren on motorhome and boating adventures and traveling the world with his beloved Ruby. He travelled the inside passage from Alaska to the islands in a small boat; explored the Canadian Gulf Islands with his daughter, and grandsons; fished with his two sons and fishing buddies in Alaska & in British Columbia; and even fished the Amazon River and coast of Australia!

Together Don and Ruby explored much of the U.S. by R.V. as well as Europe by Eurail, South America (the Galapagos Islands, the Andes, & the Amazon Jungle); Australia & New Zealand; Cambodia; Vietnam; and the Netherlands to name a few.

Don said his proudest accomplishments were his marriage to Ruby, his best friend of nearly 60 years, and raising his three kids to become capable, honorable and caring adults. Don will be remembered above all else as Ruby’s faithful, loving & devoted husband as well as the loving father of his two sons and daughter, seven grandchildren and one great grandson. He will be missed greatly by all who knew him.

A private memorial service will be planned for the summer of 2019 on Don’s 80th birthday.

In lieu of flowers; donations can be made to: Whatcom Hospice or Wounded Warrior Project