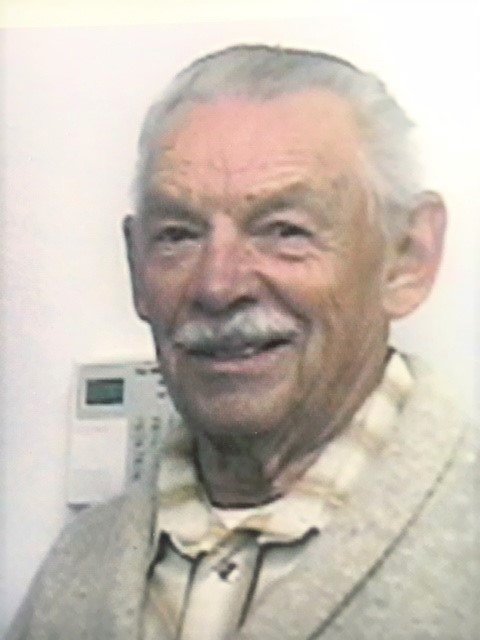 Bud Bonsen passed away on February 26, 2019, with family by his side, after a long battle with Parkinson’s and dementia. Bud was born to Christian and Mary Bonsen and was raised with his four brothers on the family farm in Lynden. He attended Lynden High School until his enlistment in the U.S. Navy, where he was stationed in Hawaii.

Upon his return to Lynden, Bud courted and married the love of his life, Millie Campbell. Together they went dancing on weekends, played cards with close friends, and raised two sons, Rick and Dane. Bud built a home next to his parents, and enjoyed a life of hunting, fishing, and raising horses, and many, many dogs. He loved nothing more than hunting in Eastern Washington every year with his brothers and nephews, and especially enjoyed telling stories during happy hour. He developed a talent for woodworking and he carved numerous shore birds and ducks, and built Adirondack chairs as a hobby. Bud retired from Darigold after 37 years where he was appropriately referred to with affection as “Grumpy Pockets”.

After retirement, Bud and Millie remodeled their cabin at Sandy Point into the family home, spent time traveling, boating, crabbing, and fishing, being good neighbors to the community, and appreciating every beautiful sunset.

Bud was preceded in death by his parents; his brothers Dale (in infancy), Les, Leonard, and Bill; and his beloved and much missed son, Rick Bonsen. He is survived by his beloved and loyal wife of 69 years, Millie; his son Dane (Ina) Bonsen of Lynden; grandson Tucker Kraght of Seattle; brother Jerry (Kim) Bonsen of Lynden; and endless special nephews, nieces, and friends.

The family would like to thank the attending staff and nurses at Spring Creek Memory Care in Bellingham, who cared for Bud before his passing. Their genuine caring and concern for Bud in his last days were a great comfort for him. And a special thank you to Whatcom Hospice for Bud’s painless and peaceful passing.