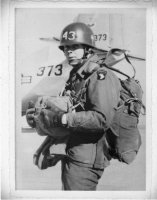 Dennis George Martin, 71, of Birch Bay, Washington, passed away peacefully, Friday, June 14, 2013 from a fast and aggressive form of cancer. Born in Alhambra, California, Dennis lived most of his adult life in Irvine, California with his wife, Janine Martin. Dennis served proudly in the U.S. Army as a part of the 101st Airborne division and later went on to become a civil servant as a police officer for Redondo Beach Police Department and ultimately the Huntington Beach Police Department where he retired from service in 1994.
Dennis was always very proud and supportive of his daughters, Denise and Amy. He enjoyed a wide variety of activities including traveling the world, sailing his Westsail 32, singing in various local choirs, dancing, camping, long motorcycle rides, hiking, and helping others. He built up a strong and closely-knit network of good friends in California and the Pacific Northwest.
Besides his wife Janine, Dennis is survived by his two daughters Denise Martin of Irvine, Amy Martin-Fuzzard of Lake Elsinore and her husband Tim Fuzzard, as well as his grandchildren, Nathan and Samantha.
The family would like to express their sincere gratitude to the members of Whatcom Hospice Foundation. Their dedication and non-stop effort to provide quality and dignified care during the final six weeks of his life were a blessing to Dennis and the entire family. We are thankful for the time spent with him. Moles Farewell Tributes-Bellingham

At his request, no services will be held, except a private burial at sea amongst family members. Donations Information