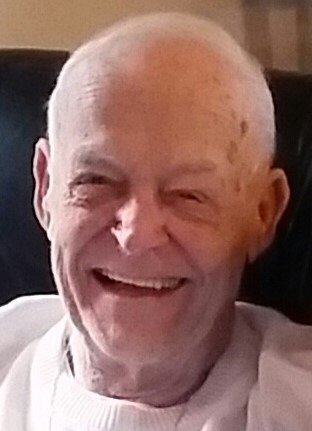 Clarence “Clancy” Fulcher passed away peacefully on October 29th in Bellingham, WA at the age of 83.
Clarence is survived by his wife of 63 years, Gloria; children, Deanna Weaver, Jeff Fulcher (Paula Pellerin), Karen Barnes (Paul Barnes), Scott Fulcher (Heidi Wilson); grandchildren Melissa Karpus, James Fulcher, John Fulcher, Jessica Uihlein, Kristin Dykes, Jennifer Reed, Andrew Fulcher, John Brittain and 12 great-grandchildren. He is preceded in death by his parents, Wilbur (Bud) and Ethel Fulcher, son Norman, brother Donald Fulcher, and son-in-laws Larry Brittain and Lee Weaver.
Clarence was born on Jan 8th, 1933 in Yakima, WA to Wilbur (Bud) and Ethel Fulcher, son of a heavy equipment mechanic. The family moved to Redmond, WA and El Monte, CA before settling in Richland, WA. He graduated from Columbia High School in 1951 where his love of sports included boxing, track, basketball, and football. He played varsity football from his freshman through senior year and was chosen All-Valley and All-State his senior year. He graduated with a scholarship to WSU where he played right guard as a WSU Cougar. Clarence and his family celebrated his inductance into the Richland Athletic Hall-of-Fame in 1994.
Clarence started his professional career working as a Technician for General Electric when he married his high school sweetheart, Gloria (Skippy) Adams, on Valentine Day in 1953. They started their marriage in North Richland in the Hanford Camps with an Airstream trailer, a community bathhouse, laundry, and mess hall (cafeteria). Over the next ten years, they welcomed five children, who enriched their world. Clarence continued working very hard to improve their family’s lives and living conditions. A talented craftsman, he was able to remodel every home they owned. In 63 years of marriage, Gloria never once had to call a handyman, he fixed it all. Clarence was an avid outdoorsman and loved to hunt, fish, and enjoyed camping trips with his family. It was well known that every time he saw a boat for sale; he would want to buy it and sometimes did. He was an amazing teacher and taught his children how to water ski, snow ski and enjoy the outdoors. Clarence stayed connected with his love of sports by coaching Little League baseball for his boys as well as refereeing junior high baseball, high school basketball, and football in the Tri Cities area for many years.
Clarence and Gloria stayed in the Tri-Cities until their last child was through high school, then moved to Yakima and on to Seattle before retiring to their home on Chinook Pass. This home, known in the family as the “Cabin”, was another residence he remodeled. It was the first thing on his retirement list. Clarence and Gloria had a passion for travel and saw the world from Mexico to Europe. During retirement, he continued to lead an active social life with family and several life-long friends.
Graveside services are scheduled at Terrace Heights Memorial Park in Yakima (3001 Terrace Heights Dr) on November 10, 2016 at 10:00am. A celebration of life will follow at The Sandberg Event Center in West Richland (331 S 41st Ave) at 3:00pm. All are welcome to attend and celebrate Clarence’s life.
Condolences can be sent to Clarence_Gloria@msn.com, www.rainiermemorial.com, and wordpress-271002-1416095.cloudwaysapps.com. The family would like to thank Home Attendant Care and Whatcom County Hospice staff for their compassion, care, and dedication.