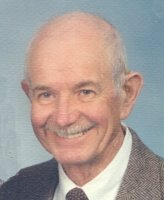 Benhart Otto Brynildsen of Lynden, formerly of Bellingham, passed away on Sunday, September 2, 2012. He lived a long life filled with loving family and a multitude of loyal friends. Ben also dutifully served his communities and his country.

Ben was born in Butte, Montana to Norwegian immigrants Amanda and Thorvald Brynildsen. He grew up with his brother Gilbert and sister Alice in Carbonado, WA. He moved to Bellingham in the 1930s and graduated from Bellingham High School in 1939, and also attended Western Washington College of Education before enlisting in the military.

Ben bravely served his country in WWII as Staff Sergeant in the U.S. Army Air Corps and as a gunner on a B-17 bomber in the skies over Europe, flying 29 missions. His service included participation in the historic D-Day invasion. Following the War, Ben returned to a long career as a letter carrier for the US Postal Service in Bellingham and the surrounding communities. Following his retirement, Ben started a second ‘career’ as a house painter, gardener, frequent golfer, UW Huskies superfan, and staple at early morning breakfasts with friends. Ben served his communities in Bellingham and Lynden as a member of Lions Club (Fairhaven Lions and Lynden Lions), the Sons of Norway, and was most dedicated to the community of friends at Our Saviour’s Lutheran Church in Fairhaven, a church he actively attended and served for more than 67 years.

The greatest joy in Ben’s long life was to have created a happy, loving family. Ben was married for 57 years to Grace Pickering, who preceded him in death in 2002. Ben married Virginia Hyldahl in 2003, residing with her in Lynden.

A memorial service and celebration of Ben’s life will be held on Thursday, September 6, 2012 at 11:00 am at Moles Farewell Tributes Greenacres, 5700 Northwest Dr. in Ferndale.

In lieu of flowers, memorial donations may be made to Our Saviour’s Lutheran Church, 1720 Harris Avenue, Bellingham, WA 98225.