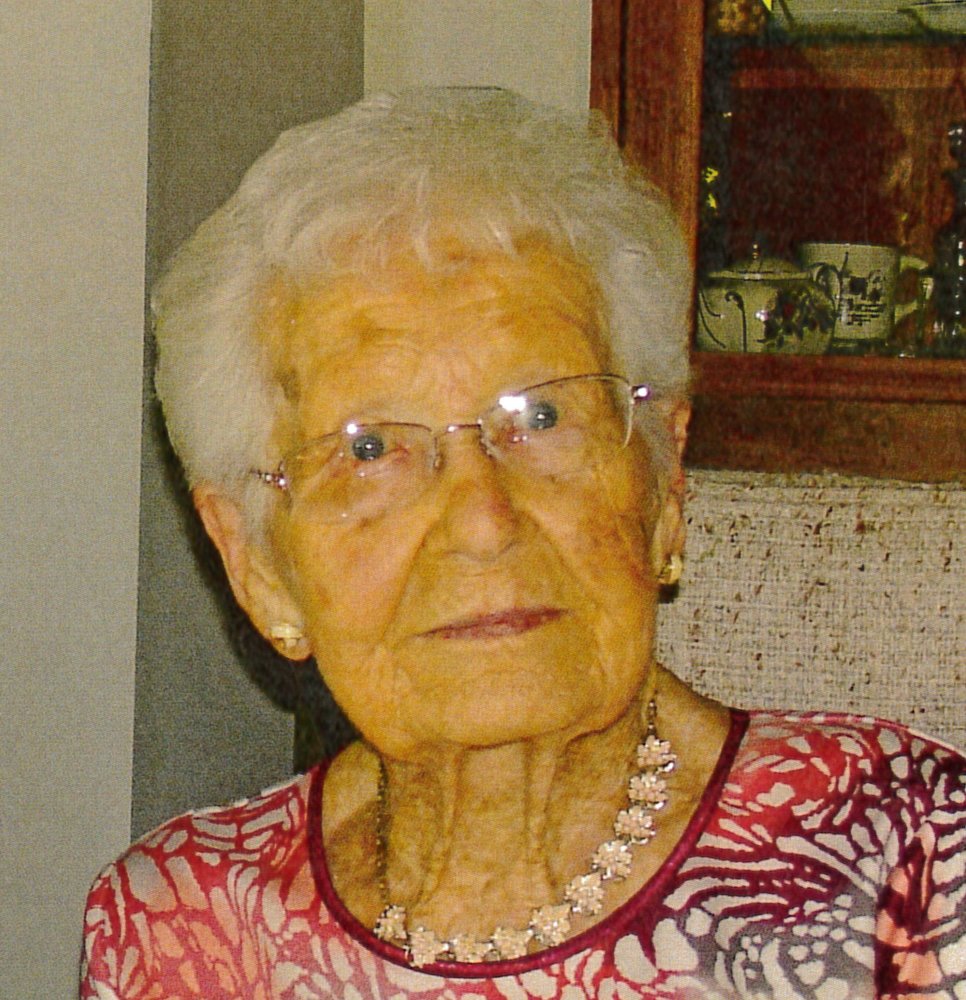 Anne was born April 24, 1917 to Frederick and Pauline Kobus in Silbersdorf Germany. At the age of 4 Anne moved with her family to Vancouver, BC where she grew up and pursued her passion for music. Anne was active in the Moravian church and that is where she met Clarence. In the spring of 1944 they were married and moved to Calgary, Alberta, Anne as the music director and Clarence as the Moravian church pastor. For 33 years they served churches in Urichsville, Ohio, West Salem, Illinois, Bethany, Minnesota, and Leonard, North Dakota.
Anne and Clarence retired to Birch Bay to be closer to family, the ocean and mountains. They found a new church home the United Church of Ferndale and of course joined the choir and extended their family of friends. The camper was always ready to go with a picnic basket, hot water for coffee and maps laid out with new locations to explore.
Anne was passionate about music and woman’s issues in the church. She attended several Moravian Music festivals, and women’s conferences in the US and Canada. She was part of the hymnal revision committee for the Moravian church. Anne also played the viola as a young woman in Vancouver.
Family was important to Anne. She was proud of her two sons, Glenn and Marc. She enjoyed her role as grandma to Illya and Amanda. She always had coffee and cookies ready for any sister, brother, niece, nephew or cousin who may drop by.
Anne had several hobbies, gardening, needlepoint, stained glass, making Christmas ornaments, sewing, bird watching, hiking, journaling, and writing. She was friendly and outgoing, always wanting to hear everyone’s story.
Her last home was Meadow Greens in Lynden, where she lived for 20 years, making many close friends and walking daily to enjoy her favorite mountain views.
Anne was pre-deceased by her husband Clarence, son Glenn, brothers Kurt and Gordon Kobus, and sister Hertha Manning. She is survived by her son Marc Riske (Vicki), grandson Illya Riske (Jenny Brian), granddaughter Amanda Riske, and several nieces and nephews from the Kobus and Riske families.
A celebration of Anne’s life will be held at United Church of Ferndale on April 30th at 2:00 PM. In lieu of flowers, you may send donations in Anne’s name to the United Church of Ferndale, 2034 Washington St., Ferndale, WA 98248.