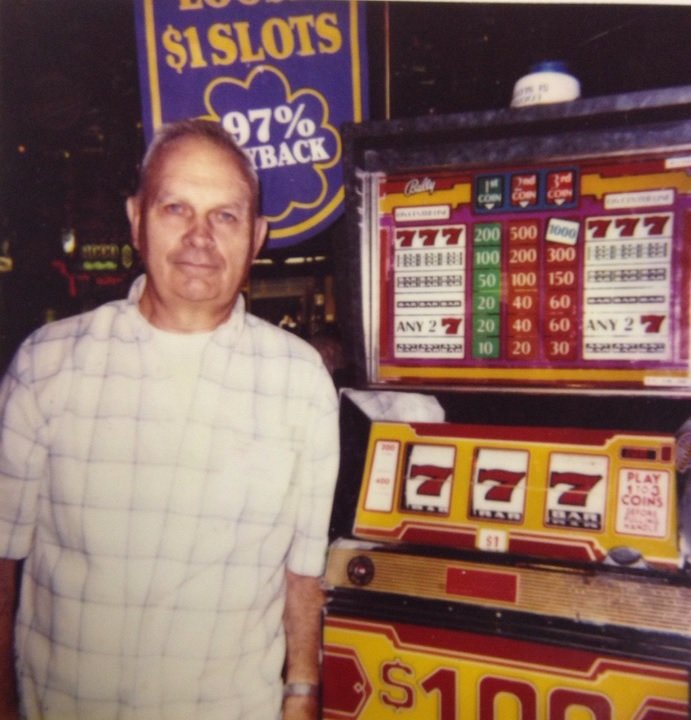 Alfred “Tweety Bird” Force, 82, was born on March 2, 1934 in Ferndale, Washington and passed away unexpectedly at home on Sunday, July 17, 2016. He was the son of Ernest and Cecilia (Pearce) Force.
He graduated from Bellingham High School in 1952 and served three years in the Army in Germany. He saved some of his military clothing and was so proud he could still fit into his socks after all those years. He married Billey Quanz on May 29, 1958.
He started working at the Georgia-Pacific Mill-Tissue Division on August 19, 1960. When Georgia-Pacific closed down in December, 2007, he had worked there over 47 years and was number one on the seniority list. In that time, we have to wonder how many miles of toilet tissue he had made?
He enjoyed traveling, visiting casinos, watching Gunsmoke on TV, reading western books, and working crossword puzzles. But his greatest joy of all was taking his grandchildren to parks and McDonald’s, where he ordered his usual large cup of coffee, two cream, and two sugar. He was a faithful follower of the Husky football team for over 50 years and never missed a Seahawk game on TV.
He was preceded in death by his parents, brother Don, sister Betty DeBoer, and granddaughter Piper Sanders. He is survived by his wife of 58 years, Billey; his sons David and Tom, daughter Jennifer (Marcus) Sanders, and his cherished grandchildren Brandon, Austin, Logan, Caiden, and Tatum, all of Bellingham, Washington. Survivors also include his brother Ernie (Sue) Force, sister Sharon (Bob) Johnson, and brother-in-law Ray DeBoer, all of Mount Vernon, Washington, and many nieces and nephews.
As per Al’s wishes, there will be no funeral. He will be buried at Greenacres Cemetery in Ferndale, WA next to his granddaughter Piper. In lieu of flowers, memorials may be made to Support Officer Community Care (P.O. Box 1102, Bellingham, WA 98227) and please make note that it is in memory of Al Force.