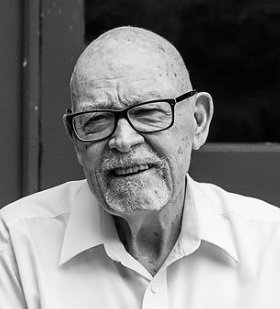 Robert France Hendrickson stepped across the threshold from this life into the next on November 2, 2017. Robert was born in Mishawaka, Indiana on January 8, 1921. He was the son of Joseph Dewey and Eva Bernice Cox Hendrickson. In addition to his parents, he was preceded in death by sister Betty Jane, brother Ladd Todd, son Eric Lawrence Hendrickson, and his most beloved wife of 61 years, Norma Cornwell Hendrickson.

Robert was a veteran of World War II, serving in the US Army Air Corps and the Pacific edition of the service’s newspaper, Stars and Stripes. After retiring from General Electric in 1982, after 28 years of service, Robert and Norma returned to Wilmington to live. Their desire to return to Wilmington was based on the charm of the area and the many friendships formed during Robert’s six-year assignment at the General Electric plant in the early 1970s.

As Robert’s remains will be cremated, there will be no visitation. Robert’s cremains will be interred at a later date at the Mt. Zion Cemetery in Deer Creek, Illinois, next to his dear wife Norma. In lieu of flowers, memorials may be made to the Baptist Children’s Homes of North Carolina: PO Box 338 Thomasville, NC 27361-9911.

Robert was loved and generous and giving. He spent his life living as the hands and feet of Christ to his family, friends, and community. He will be missed.