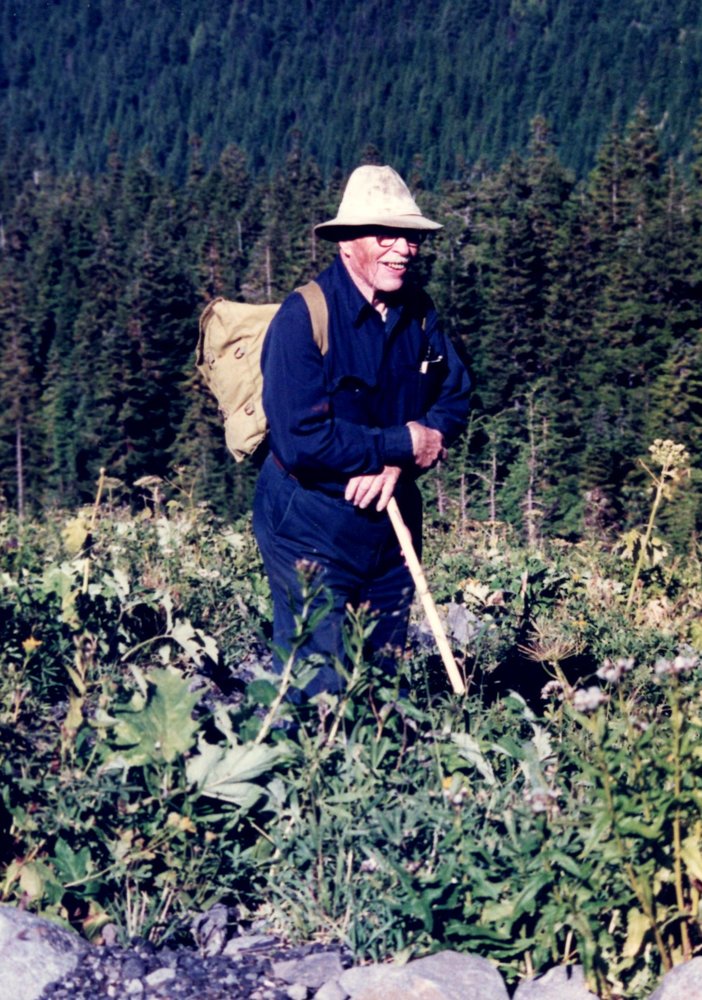 Dale Lavelle Reynolds, age 96, passed away on Saturday, July 18th, 2015 at his home in Ferndale. He was married to the love of his life, Edith for 72 years. Dale was born in Fort Benton, Montana. He was the son of Homer and Neola Reynolds. He graduated from Bellingham High School. He was employed in the early years with Civilian Conservation Corps, Bellingham Builders, Bellingham Coal Mine and Healy Coal Mine outside of Fairbanks, Alaska. He drove trucks for numerous companies and was a riveter for Boeing. Later he had a career as a Rigger at Mobil Oil Refinery of Cherry Point, Ferndale which he retired from.
Dale enjoyed an honest day’s work, and loved the farm life. He enjoyed raising his cattle, raising corn, messing with his tractors and keeping an eye on his family and neighbors. He enjoyed the 5 o’clock news, teasing his grandkids, and building things and digging holes with large equipment. He loved to drive around the county and look at tractors and machinery on Sundays.
Dale was preceded in death by his parents Homer and Neola Reynolds of Bellingham, his brother Gordon Reynolds, who died on the beaches of Normandy, and his sister Maxine Snider of Renton. Dale is survived by his wife Edith, children Dianne Rinesmith of Custer, and Suzie Reynolds of Ferndale. He has six grandchildren, fifteen great grandchildren, and one great great grandchild. He is also survived by his brother, Stanley Reynolds, and numerous nieces and nephews.