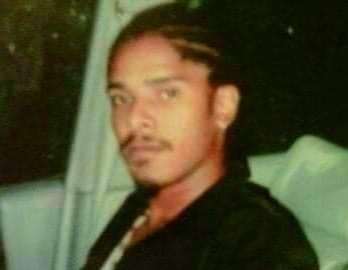 Charles Leo Haley II was born to James Charles Haley, and late-Lucille Irene Gardee on August 22, 1979 in Las Vegas, Nevada. Charles was raised in Detroit, Michigan and on the Reservation of the Yakama Nation. He moved to Seattle, WA, and had his first daughter Eve. Charles found his love of his life Lalita, one night at a Club downtown Bellingham and when he first laid eyes on her from a far. The first thought was that he had to have her; and from then on, they began their new life journey together on December 28, 2002. Charles and Lalita had twin girls Justine and Kailynn and babygirl Hazel. They married on May 23, 2015 in Las Vegas.

Shortly after he started dating Lalita in 2002 is when Charles moved to Bellingham, WA. Charles held many occupations throughout his lifetime. He built docks, worked in Sumas at the Lumber Mill, he helped build Lummi Nation School, he was a salesman, but most importantly he loved being a stay-at-home dad. He loved taking care of the girls and his wife.

There will be many memories that will forever be held close to his wifes’, the Haley girl’s and many family’s hearts. Hazel will forever cherish the time when he took me for ice cream at Mallards for my first heart break. Kailynn’s favorite memory is when I got done at the hospital after breaking my foot, he was there for me and he got me an apple juice it even had tinker bell on it. Justine will always cherish the time when he was so proud of me when I scored my first touchdown at a football game, he was so proud of me and he always bragged about it everyone because I was the only girl ever to score a touchdown for the Blackhawks. Eve will forever cherish the day when he walked her down the aisle of her wedding day and blessed him with his very first grandson Ryan and he was very proud to be his grandpa. Lalita favorite memory is how he would cut my toenails, he would always cut them since we been together because he got tired of me scratching him in my sleep with my toes. The girls will remember all those times that they had cook alongside their dad in the kitchen. The family’s favorite memories is when Charles would jump off the docks and jump off the blue tower as the girls and cousins would be cheering him on, or when everyone would tell him to hurry up your going to get caught, or when he would flip his eye lids inside out just to be his silly self, and the 4th of July was Charles favorite holiday, he never skipped a chance to make his homemade bombs to scare everyone and he would just laugh and do it all over again.

Charles was always be remembered for being one in a million. He always had to be the loud one, no matter what occasion, he was attention seeker because had to be the center of attention with his talkative feature and always wanted to lighten room. He was dramatic, but he was a fighter and stubborn all in one at the same time. We’ll always remember his laughter, for being so caring, and outgoing. He was always being silly and hyper.  He was proud to be a grandpa and every chance he had, he wanted to give the world to his grandson Ryan.

Always remember him for being him. He always wore red, or how had to match his hat of the day, and he only would wear blue only if it was Seahawks jersey. Always remember about his love that he had for his girls and how he would nurture them when they either broke a foot or when he carried his baby girl around because she broke her femur. Forever and always remember the love he gave to his wife, his girls, and to his nieces and nephews that he claimed as his own children.