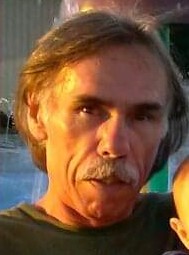 Bernard was born in Bellingham, WA on June 26, 1954 to Ben and Ruth Randmel. He passed away on October 20, 2019 after a courageous fight with Larynx Cancer. Bernard kept his faith always, saying “It’s between me and the Lord.” A loving man, he cared about everyone else more that he cared about himself.

He fought hard. We have learned so much about his strength and courage.

Bernard was a lifelong resident of Whatcom County, besides a short stint in California where he met his match and love of his life, Tasha. He was beyond proud of his family and loved making everyone feel special. He called his nephews “his sons” and he was always taking care of others. When he was very ill, he still managed to take care of Tasha and always had good advice and courage for others. He was an amazing dad and was always there for his family. He was positive – always looking on the bright side, and was caring, funny, insightful, handsome, and unique. He loved music, dancing, and a good barbeque.

His father, Ben, started 5 B’s Construction and was proud to see each child succeed when they went solo with their business.

As Paul Harvey used to say, “It’s Friday!” – which was Bernard’s very favorite day. He would stand in the sun and soak up it’s rays before heading out on a Friday night. Everyone loved when he would turn into “Wolfman Jack” saying, “Alright baby, this is the Wolfman Jack. If you got the curves, then I got the angles.” One night he went to the store and a few teenagers were there and he took the time to play with them on their skateboards. They made a video called 411 which became quite famous online. This was a big highlight for him. We know there are many more stories too, please share them with us.

He will be greatly missed by his family and friends. To love one so deeply gives you strength and courage. He wanted us to remember the good and true things, and we will. Bernard was a superhero, earning the nickname Super Bernie B. He left a legacy of love for his family and friends and taught us to never give up.

We will always love you Bernard!

2 responses to Bernard B. Randmel