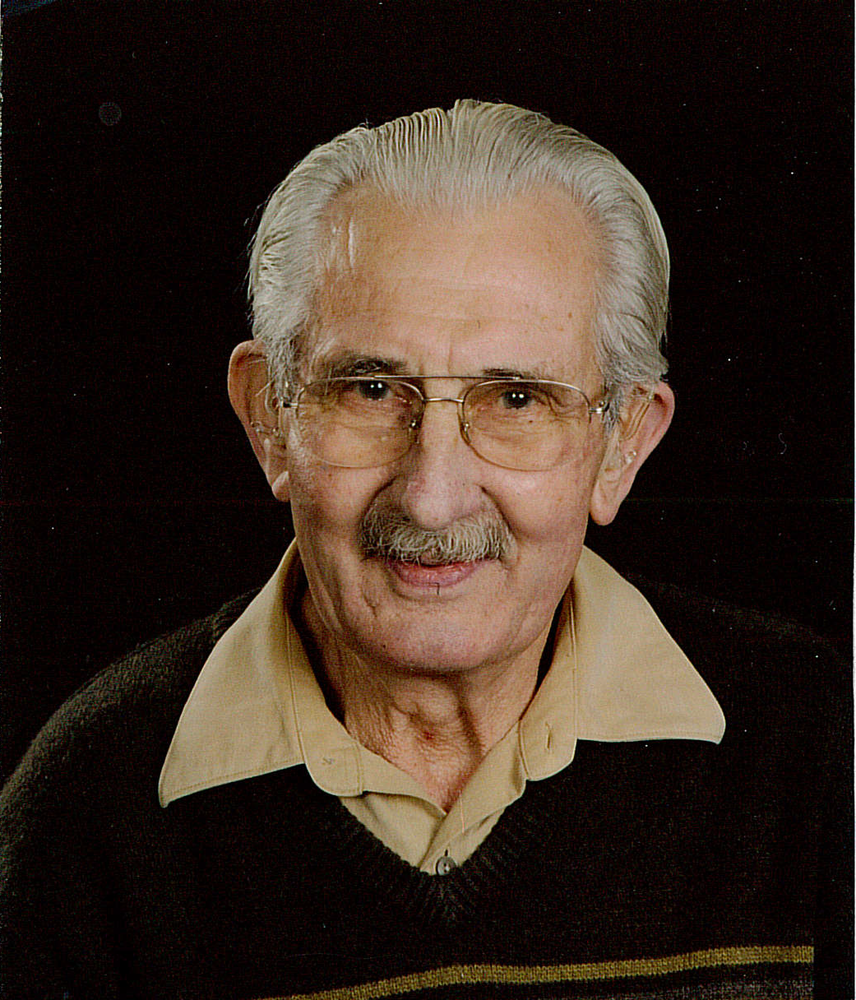 Berend (Ben) Maarhuis, age 85, passed away at home with his family by his side. He was born February 18, 1929 in Wirdum, the Netherlands, as the fourth of five children to Adolf and Luikje Maarhuis. At age 18, after surviving WWII, he became a Merchant Marine on a trade ship, the Violet Erica, and sailed through ports in Europe, the Mediterranean, and Northern Africa. Ben delighted his Dutch – and later American – family and friends with tales of foreign lands and the sea; Riding on the backs of giant turtles, gusting windstorms and waves crashing over the boat, and stopping off in Italian orchards to cut ripe spaghetti from the spaghetti trees for dinner.
At age 25, Ben left Holland and life at sea to immigrate to the U.S. He traveled by boat through the port of New York and took a cross-country train and bus up to Lynden, where he first lived with his brother and sponsor Bart Maarhuis and family. Only a few months after his arrival, he took a trip up to Mount Baker with friends and met the love of his life, Norma Jean Sterk. After a courtship of 4 years they married on December 30, 1959 and the extended Sterk family lovingly took Ben into their hearts. Ben and Norma started married life in Whatcom County,: he a carpenter and she a nurse. Later, they bought a dairy on the Hillview Road in Sumas, where they raised their 4 children and prospered. Ben loved being an American and his life in Whatcom County but, through the years, always maintained loving relations and had many visits back and forth with his family in Holland. After 44 years, Ben and Norma sold the farm and moved to Lynden.
Ben was tireless and enjoyed life’s pleasures and challenges so much! His days were filled with fishing and boating, extensive travel, working in the garden, making and drinking wine, smoking fish, reading magazines on nature, family and church activities, bird watching, paying pool, re-finishing furniture, and visiting with any and all. He loved and was loved!
Ben was a member of the Sumas Christian Reformed church and later Sonlight Christian Reformed church in Lynden. Although the last years of his life were deeply challenging, Ben inspired so many with his resilient spirit, gracious humor, and generous hospitality. Ben’s family wishes to express heartfelt gratitude and thanks to the staff of Hospice, especially his long-time nurse Carren Guthrie, for their loving and skilled care.
Ben is survived by his wife, Norma of Lynden, and his children: Anita Maarhuis Poortinga (Ed) and grandchildren Ryan, Tessa, and Lukas and their familes of East Wenatchee, Patricia Maarhuis and grand-pets Diego Rivera and Zuzu of Pullman, Brent Maarhuis (Jennifer Standerfer Maarhuis) and granddaughter Emily of Prosser, and Julie Maarhuis, (Dennis, James, Alexandra, and Victoria) grandchildren Zachary, Katy, and Jenna. As well, Ben is survived by brother Bart Maarhuis (Winnie) and his family of Sumas, sisters Rika Beukema and Ida Snip and their families of the Netherlands. Scores of nieces, nephews, neighbors, and friends are devoted to Ben’s memory. He is preceded in death by his parents and older brother Roelf Maarhuis of the Netherlands.
Memorials may be made to: Seeds of Hope Ministries, P.O. Box 791, Sumas, WA 98295 or to the Whatcom Hospice Foundation, 2901 Squalicum Parkway, Bellingham, WA 98225