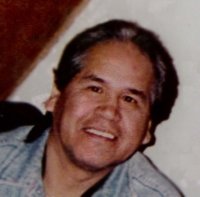 Arthur was born in Bellingham, Washington to parents Robert B and Bertha Kwina Howell, along with three brothers and three sisters. He grew up on the Lummi Reservation and graduated from Ferndale High School. He traveled many places, but always considered Lummi his home. During his travels he worked numerous jobs ranging from welder to casino dealer. Arthur came back home to Lummi where he brightened everyone’s days with his stories of traveling and his rebirth as a born again Christian.

Arthur was preceded in death by his father Robert Howell and his mother Bertha Howell.

A prayer service will be held Sunday July 6, 2014 @ 7pm and a funeral service Monday July 7, 2014 @ 10am – both services will be held at the Wexliem Community Building. Final resting place is Lummi Cemetery.