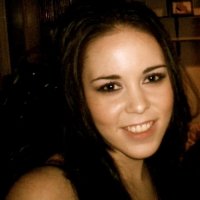 God has received a kind and gentle soul. Alyssas departure from our world was unforeseen by Heaven or Earth. She will always be remembered as a loving and sensitive, beautiful daughter, sister, and best friend. All who knew her could not help loving her. When she smiled at you, cares and problems would melt away. Her subtle wit and insightful intelligence were appreciated by all.

Alyssa graduated from Ferndale HIgh School, and was employed as a medical receptionist. She loved nature, music and writing poetry.

She is survived by her parents, Jeffrey and Laurie Smith of Ferndale; the love of her life and soul mate David Pierce and his children Ocean and Destiny of Bellingham; sister Shawn Buettner and her husband Matt and nephew Rory of Davenport, Iowa; sister Jennifer Smith of Lynnwood, grandmother Gloria Bacon of Ferndale, grandfather Donald Smith of Ferndale; and numerous aunts, uncles and cousins.

I know we are repeating the obvious, but Alyssa was truly the most gentle person you could have ever met. She was born on a sunny August afternoon. After she was attended to by the nurses and doctors, she was handed to her father and rocked to sleep. This became the routine through the first years of life; every night at bedtime, her father would read a book to her and rock her to sleep. On a family camping trip to Silver Lake, a rocking chair was packed along for that purpose.

Alyssa was the youngest of three sisters, with an age difference of about three years between each one. That difference in age was probably what encouraged the true sisterly love and affection they enjoyed between them. If you asked Shawn and Jennifer, they were the ones who raised her. Alyssa and Jennifer shared a room, and it was not uncommon to find them together in the same bed in the morning, with Alyssa laughing at something Jennifer said or did. When the older girls would play with their friends, Shawn always made sure Alyssa was included. They gave her the unofficial nickname Little me too. When Alyssa was learning to write her name, she practiced on the bedroom walls. When she got in trouble for that minor act of vandalism, she started to write on the walls J-E-N-N-I-F-E-R. One of the chores the girls were required to do was weed the rose garden. While Jennifer and Shawn would laboriously move from bush to bush, Alyssa would spend the entire time weeding one rose bush; another good reason to stop and smell the roses.

From the earliest age, Alyssas Christmas wish lists were epic. Before she could write, she would go through the Toys R Us catalogue and make a check by almost every toy in the book. As she got older, she would write it out, often referring to Macys and Nordstroms catalogue. A three page list was not uncommon.

Enjoying the company of her extended family was important to Alyssa. She was lucky to have a group of automatic friends (otherwise known as cousins) always around. Her grandmother, also known as Mutti, made sure everyone on the Bacon side of the family got together on annual vacation trips. She was lucky enough to live next door to the Smith cousins. They must have sensed how gentle and special she was; when they were together as children and adults, there wasnt a single argument or disagreement.

Alyssa liked to play soccer, basketball, and volleyball. She participated in these sports recreationally through middle school. In high school, she played on the tennis team, and her musical talent came to the forefront. She played violin in the orchestra and sang in the concert choir and swing choir and was in the school plays. While in high school, she travelled to Europe with a group of students and stayed with a friend and her family in Freiburg, Germany for several weeks. Alyssa has said that was one of the happiest times of her life, and had set a goal of travelling back to Germany to see her friend. Recently, while at her work, an elderly man from Germany made a comment to her in German about how pretty she was. He was quite surprised with her response Danke, mein Herr.

After high school, Alyssa started college. It was not uncommon for her to call older sister Shawn, who was now in graduate school, to help with her studies. Unfortunately, it was a time when she began to struggle with the type one diabetes that she had developed when she was nine years old. Frequent trips to the emergency room and extended absences from classes forced her to withdraw from college. She tried to continue at Whatcom Community College and Bellingham Technical College. Recently, her health had made great improvements. She had just gotten a new job that she liked with people she liked. It seemed possible that she would be able to continue her post secondary education.

About five years ago, Alyssa met her boy friend, David. Ill paraphrase Davids words on how that first meeting went.

They had been communicating on social media for about six months. It finally came to a point where they agreed to meet. Alyssa and David were going to watch a movie; a very casual first date. When David greeted Alyssa at the door, he was literally floored by her beauty. He became a classic blithering idiot. He regained his composure; they watched a movie; they talked for hours; and Alyssa went home. The next day, David told his best friend that last night, he had met the girl he was going to spend the rest of his life with.

As with any mother daughter relationship, the bond between Laurie and Alyssa was special. Alyssa would call Laurie almost every day. They would often arrange to meet for coffee, go for a walk, or go shopping. Laurie loved how Alyssa was just the right height for Alyssa to rest her head on Lauries shoulder. They never parted without saying I love you to each other. Laurie looks forward to the day they will meet again.

Ill read aloud the poem in the program that was written by Alyssas father:

Ill keep your picture by my bed,

So youll be the last thing I see before I sleep.

I want to visit with you in my dreams,

and in the morning, tell your mother what you said.

Alyssa has already been in Jeffs dreams, and it was the best dream, ever.

A private memorial service for family and friends will be on Monday, June 24. Donations Information

In lieu of flowers, donations may be made to the Juvenile Diabetes Research Foundation.