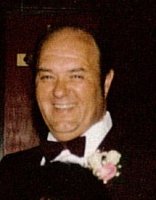 Wayne Cowin, longtime Ferndale resident, died April 16, at age 72. He was born to parents Delton and LaVerne (Frost) Cowin and shared his childhood with brother Ron Cowin, all whom preceded him in death.

He is survived by daughter and son-in-law Leslie and Jay Pederson, son and daughter-in-law Kevin Cowin and MaryAnn Hanseth, son Ross Cowin and former daughter-in-law Yun Cowin, and stepson and wife David and Sherry Filadelfia. He was also blessed with 4 grandsons; Derek Bannerman, and Jake, Josh, & Zach Cowin, step-granddaughter and husband Mallory Opel and Thomas Luthi, and his first great-grandson, Liam Bannerman. He was happy to share 30 years with his beloved wife, Lei Lani.

Wayne came from a long line of berry producers, having family relations to both the Mayberry’s and Clark’s. He spent many years working with his father, Delton, to raise strawberries and raspberries. Wayne then drove many types of “18-wheelers”; he drove a logging truck, hauled wood chips, and hauled freight, first for various trucking companies, then for himself as an independent trucker. He excelled in his field for over 50 years. Wayne was forever proud and grateful to be a member of AA for 31 years. He was a dear friend, a surrogate brother and father, and he was “Papa Wayne” to many. He was an avid fisherman and he and his wife, Lani, spent many years caravanning to Canadian and American lakes with his dearest friends. Those were the happiest times of his life; fishing, drinking coffee around campsites, enjoying life with the best of friends, and telling tales about “the one who got away”. When he was floating along in that boat, pole in hand, he gained such serenity.

Wayne also had an inquiring mind and was very interested in astronomy. He was delighted to have acquired a telescope, and he and his wife were planning to leave on a road trip to California to surprise relatives for Easter and to observe space with a group of amateur astronomers. Unfortunately, Wayne was admitted to the hospital four days before departure. “We just ran out of time”, explains his wife.

He will be greatly missed but has found peace at last, in Gods’ Grace.

For those who desire, a tiny memento may be left to be buried with Wayne and “the girls” in his “Time Capsule” (vault), such as a photo, note, bead, penny, etc. They will rest with him for eternity.

Please share your thoughts and condolences in the guestbook/memorial by clicking the guestbook link on this page.

There will be a gathering of friends and family in the chapel at Greenacres Memorial Park on Saturday, May 3rd at 11:00am, as well as a potluck gathering at Intalco’s Totem Terrace Park on Sunday, May 4th at 12:00pm. Please join us for one or both events, in casual, comfortable clothes to share your love and respect for Wayne with his friends and family. Printed driving instructions to Intalco’s Totem Park Terrace will be available at Greenacres, or you can follow this link: https://maps.google.com/maps?q=4050+mountain+view+road+ferndale+wa&ie=UTF-8&ei=QlpZU43jK8WcyQHoqIH4Aw&ved=0CAYQ_AUoAQ, and click the “get directions” icon on the upper left side of the webpage. You can get directions specific to your departing location by putting your current address into the box with the green “A”. Once at intalco, go past the guard stack and follow the balloons.