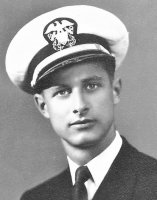 Vincent Christopher Moriarty born January 10, 1926, in New Jersey, to Joseph & Marie Moriarty passed away on December 31st. His loving wife of 40 years, Elsie was by his side as was his son, Michael, and stepson, Carl.

Vince graduated from Harvard in 1947, and was a Commander in the USN serving in the South Pacific during WW II and the Korean conflict. He was Vice President of Human Resources at Eaton Corporation and also a Nationally Accredited HR Executive.

In 1989 Vince and Elsie moved to Birch Bay…built their dream home and started their retirement. Always willing to share his talents, Vince was Past Commodore of the Channel Islands Naval Yacht Club, Past District Director of International Order of the Blue Gavel, Past President of the WestLakers (California) and past President of Birch Bay Village Community Club. Since his youth, Vince was an avid sailor and lover of the oceans. After his retirement, Vince became an accomplished wood carver, sharing his talents with many northwest carving groups…as well as those in Arizona where he and Elsie spent their winters.

Vince is survived by his loving wife, Elsie, his children Michael, Maureen, Christopher and step-children Leo and Carl Murray.

He was preceded in death by his daughter, Kathleen.

A Funeral Mass will be held at St. Annes Catholic Church in Blaine on Saturday, January 4th at 10:00am. Donations Information