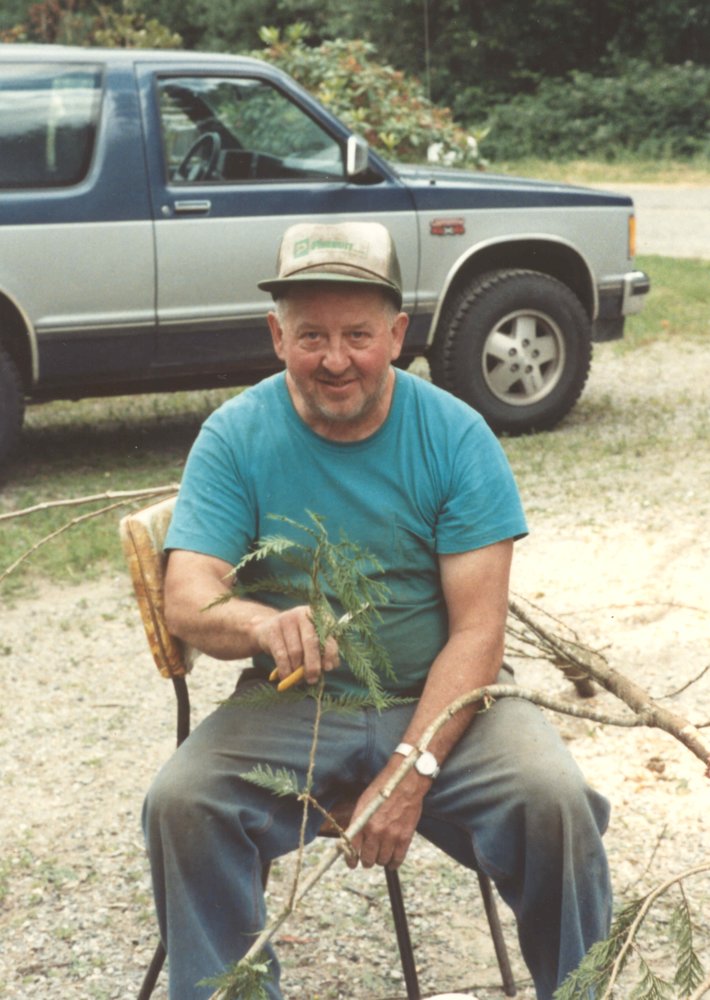 Vernon R. Radonski was called home to be with his wife Hanna on August 18, 2016.
Born April 13, 1927 in Clipper, Wash., Vern was the son of Stanley and Pearl (Tharp) Radonski. He received specialized training as a rifleman in the Army and was stationed in Yokohama, Japan at the end of World War II. There, Vern was elevated to crew foreman in the transportation corps.
After returning stateside, Vern met and married his soul mate Hanna Wallin on January 31, 1953 in Clipper. Together, Vern and Hanna carved out a full life for themselves, raising four children on a family farm. Vern worked double-time, with days spent in various local sawmills and evenings tending to livestock. In 1989, he retired from SELCO in Everson, Wash.
Vern took special pride in tending his polled Herefords. An avid recycler before it became vogue, Vern gained a reputation as a skilled haggler, wrangling deals for tin, aluminum, iron and scrap metal. His love of the land and its critters remained with him throughout his life.
Vernon was preceded in passing by three brothers, wife Hanna the love of his life, and son Dennis. Surviving are his sister Myrt, children Sharon Lopez, Larry Radonski, and Donna (Matthew) Thuney, three grandchildren and two great-grandchildren.
He is remembered as a hard worker, tough customer, and legend of the South Fork Valley.
Funeral services Thursday, August 25, 1:00pm at Moles Greenacres Chapel, 5700 Northwest Dr., Ferndale, Washington