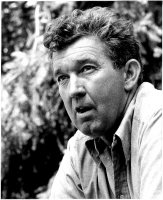 Beloved husband, father, and grandfather Tom Christensen died at home with his family after a long illness culminating in heart failure. Tom and his spouse, Neva Buechner, enjoyed 33 years together on the California Coast and then on Lummi Island, where Tom was known for his expertise with a crab pot and his ability to keep any engine running long past its prime, including his own.

Tom was born in Healdsburg, California into one of the first families settling that area. He spent his childhood near Annapolis, California learning the ways of the woods, the ocean, and the rivers, and his practical love of nature was the fundamental hallmark of his character. He was an expert tree faller, and could set any tree down exactly where he wanted it. Tom was the woodsman who cut several of the famous large trees near the Avenue of the Giants, including the walk-through in the walk-through tree. He also was one of the first residents and builders on The Sea Ranch, California, and earned the award Sea Rancher of the Year in 1973.

Tom served honorably on the USS Lassen in the Pacific theater of WWII where he rode out a famous hurricane at sea, fought in the Battle of Leyte Bay, and was in the harbor at Tokyo during the Japanese surrender at Okinawa. Toms time in the Navy helped this man of the earth conquer the sea, and he conquered the air as well as a pilot of small aircraft for most of his adult life.

After the war Tom married and had two children, Linda and Stanley. Amy and Erin Christensen are his grandchildren. Tom also enjoyed the deep affection of his stepchildren, Mary Eidenberger, Ellen Buechner, Bob Buechner, and Bill Buechner and their spouses, and considered their combined 9 children as his own grandchildren.

Tom was pre-deceased by his parents, May and Thomas Christensen and his stepfather Harold Christensen, and his brother Art.

Tom Christensen was a well-loved and deeply respected member of his Lummi Island community, and will be missed by many. His heart was large, his appetite for life was voracious, and he had a hand for anyone who needed him. He loved to play cards, eat Nevas cooking, pull crab, and bet on the Mariners. His body was cremated in a private ceremony, with a memorial reception at his home on the island. Those wishing to make memorial donations are encouraged to consider ISIS, (In Support of Incest Survivors, Inc.) at PO Box 151 Gualala, CA 95445.