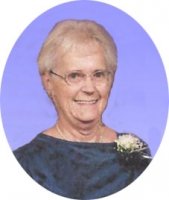 Thelma came to Everson with her family in the early 1950s. While in Everson she cooked at several area restaurants. She moved to Port Orchard, WA in the early 1990s.

A funeral will be held Saturday, June 15, at 11 AM, at Moles Farewell Tributes-Greenacres, 5700 Northwest Drive in Ferndale.