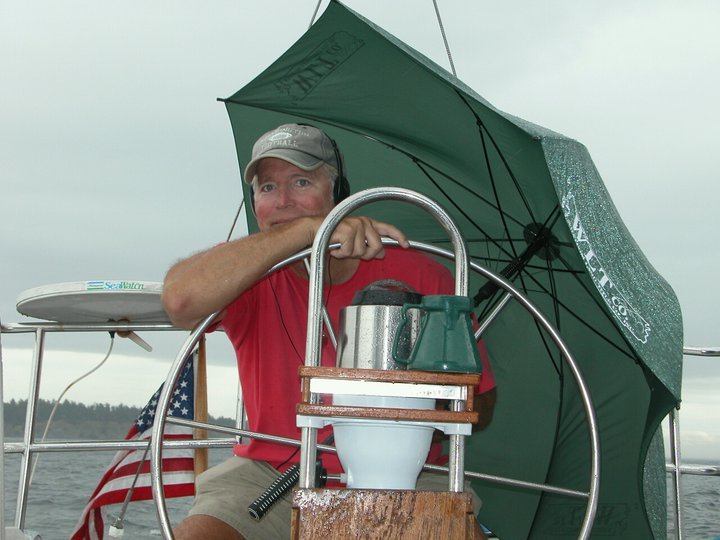 Terry “TJ” Hunt passed away in his Bellingham home on Thursday, May 26th, 2016 at the age of 69.
Terry is survived by his loving wife Tanya Brooks of 24 years. They were married in Rarotunga, Cook Islands, South Pacific on Thanksgiving Day, November 26th, 1992. He also leaves behind his sister, Lee Anne Stormer, her husband Dennis Stormer, son Sam & wife Aly Stormer, stepsister Kathleen Magonigle, her husband Maj. Gen. Ret. Gary Magonigle and stepmother Minerva Hunt. He was preceded in death by his father, Kenneth Hunt and mother Constance Hibbert & husband Howard.
Terry was born in Portland, Oregon on February 8th, 1947. He graduated from Seattle’s Shorecrest High School in 1965. He proudly served in the United States Air Force from 1966-1970. He worked most of his life in the broadcasting industry ending the last 23 years of his career as Sales Manager at KVOS Television.
Terry had a passion for Christ & Life! He enjoyed socializing, boating, travel, cooking, sports – especially the Huskies, Seahawks and Mariners; most of all spending time with his family and friends; and devoting his life to following the Lord with his Cornwall Church family.
A celebration of Terry’s life will be held on June 14th, 2016 at 2:00pm with Pastor Bob Marvel officiating at Cornwall Church, 4518 Northwest Drive, Bellingham, WA 98226 with a reception to follow, and video taping of your memories. All are encouraged to wear their favorite Hawaiian shirt in honor of Terry’s love of the tropics.