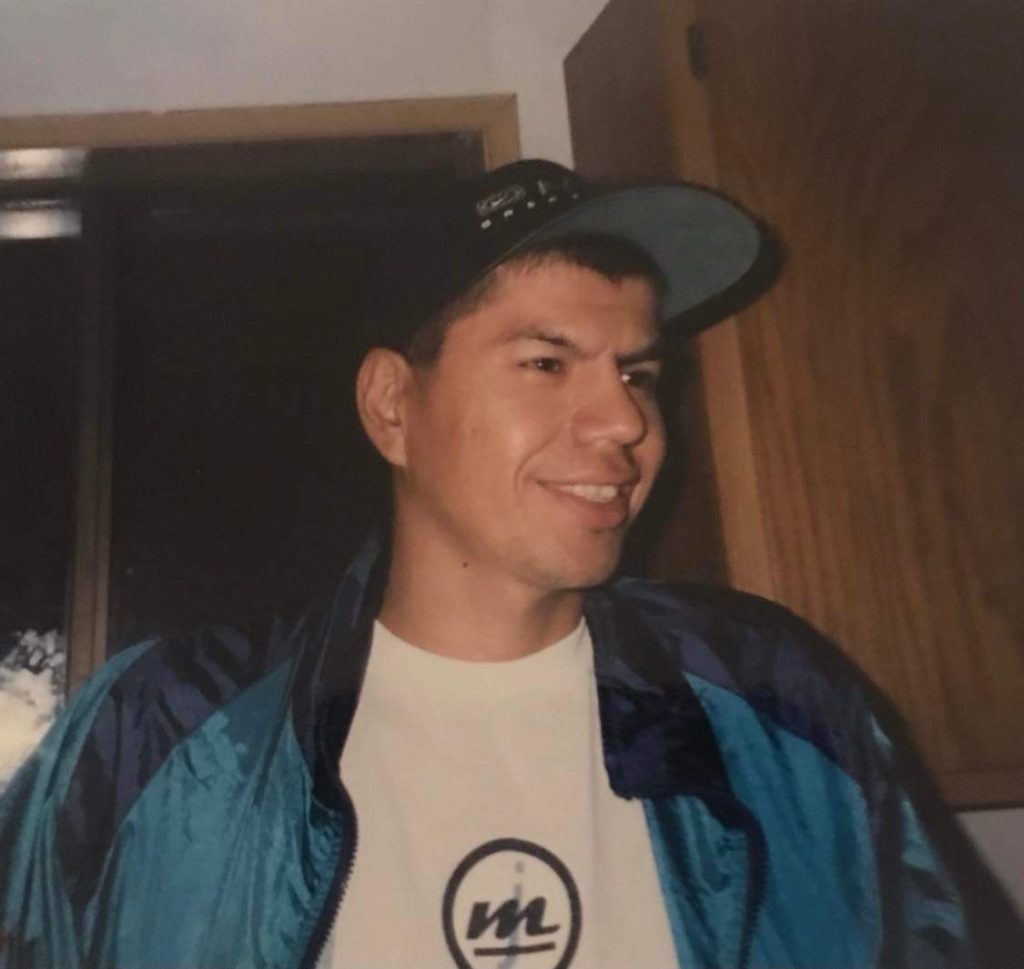 Steven Joseph Tom Sr. was lucky number 12 of 13, born on May 14, 1967, to Lawrence & Catherine Tom in Bellingham, Washington. He graduated from Chemawa Indian School in 1985 and went to trade school for carpentry and iron work.
In Steven’s younger years, he enjoyed playing sports which included cross country skiing and basketball. When the “last name tournament” started up, he and his brothers would sign up and play basketball against other families in the Lummi community as well as teams from different tribes. As life moved forward, he and Rose Wall had 3 wonderful children together right out of high school. Loyalty and humorous are a few words that Steven’s children would use to describe the type of person their father was. A memory that Steven Jr shared was of him being a little boy and watching his father fish. Crystal remembers watching her father work on his chevy and riding around in the back of his truck around the rez listening to Snoop Dogg. Later on, Steven lived in Elwha with Tashina for many years, and welcomed 4 more beautiful children.
Steven showed true strength in everything he did. He was a dedicated father and hard worker. Being on the water was more than just a job to Steven, it was his way of life. He went crabbing and fished on a skiff. Steven also fished on a gill netter called “Noslen” with Edmund “Tiger” Greene and purse seined on the Rough Rider with Terry Greene to name a few. Hunting and clam digging were things he did to keep the gathering of traditional foods going at home as well as in the community. In his spare time, he did mechanic work on his trucks and spent time with his family. He surrounded his children with comfort and unconditional love throughout his lifetime. Steven passed away peacefully at his daughter’s home in Lummi, surrounded by family. His bright smile, witty sense of humor and strength will be missed by all who knew him.
Steven is survived by his 7 children Rik (Lorissa) Tom, Steven Jr, Crystal (Guy) Boome, Dion Tom, Shawnee Tom, Tiadosa Tom, and Vanna Tom; 4 grandchildren Jayden Boome, Kate Lynn Tom, Kyran Boome and Rikkelle Tom; siblings Laura Tom, Ralph (Kelli) Tom, Jean Tom (Leroy), Joyce Wall (Jesse), Jerome Tom, Lorita Tom and Peter Tom (Boe); numerous nieces, nephews and cousins.
Preceded in death by his parents Lawrence Tom Sr and Katherine Tom; paternal grandparents Thomas Tom and Delphine (Hillaire) Tom; James Lincoln Scott and Helen (Lawrence) Scott; siblings Lawrence “Newt” Tom Jr, Thomas Tom, Keith Tom, Johnny Tom and Randy Tom; nieces Lindsey Greene, Donna and Marcia Tom; nephew Eli Wall; grandniece Casie Jo Tom.