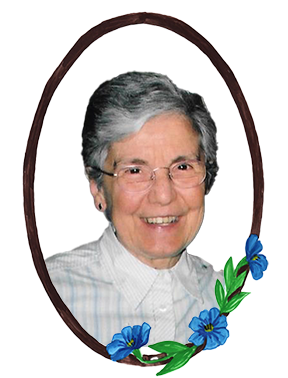 Rosa, known as Dochi to her family, was born in Viña del Mar, Chile, on July 19, 1931, to Ernesto del Campo Sáez and María Pérez Izarzugaza, the second of five children. She grew up in Santiago, Chile, with her siblings, many cats, some dogs and chickens, and a large, close knit Catholic family in Chile and Spain. She had an incredible zest for life and was a very good friend, as evidenced by her family relationships and many close friendships, several held since grade school, which she maintained across time and distance.

In 1953, while studying at Universidad Católica in Santiago, Rosa was awarded a scholarship to study in Munich, Germany, for a year, where she saw the devastation caused by WWII’s recent nationalism. She also traveled to Spain to meet her extended family and spent a month traveling western Europe’s big cities. Back in Santiago, she completed her MA in education with a thesis on musical comedy in the USA and started her language teaching career at the Instituto Cultural Chileno Norteamericano. In 1961, she visited a penpal friend in Virginia, where she first witnessed segregation and Jim Crow laws. The following year, she was awarded a post graduate scholarship to study at the University of West Virginia. When she returned to Santiago, she met Jim Lyons, a new American teacher (whose birthday happens to be Chile’s national holiday). They were married in 1965 and traveled to the U.S. so Jim could study for a PhD at the New School of Social Work in New York City. While there, they befriended activist priests Daniel Berrigan and his brother, Phil, who was asked to baptize Rosa and Jim’s first child, Margaret. The family then moved to Pittsburgh, where Rosa hid her second pregnancy so she could teach at the community college, and where they were neighbor friends with a cast member on Mister Rogers’ Neighborhood. In 1970, they spent a semester in Cuernavaca, Mexico, at the radical Intercultural Center for Documentation (CIDOC), studying deschooling. Afterwards, they planned to return to Chile permanently. Unfortunately, political tides dictated otherwise so, in 1971, they moved to St. Louis, Jim’s hometown, and bought a home in a racially and economically diverse neighborhood. Rosa began teaching with Springboard to Learning, a city-wide program bringing cultural knowledge to disadvantaged students. Throughout the years, she was fortunate enough to return home on various occasions, often with Jim, a couple of times with her children, and once she took her young grandchildren.

Rosa was full of love and care. Her home was always welcoming and usually smelled of garlic. She frequently hosted people from all over the world, such as distant cousins and children of friends spending summers and school terms, international students as guests at holiday dinners, and once a cultural exchange group from the Soviet Union. Neighbors and friends of her children were always welcome, and there were always ice cream and cookie snacks for anyone. She kept her heart open against judgment and prejudice and raised her children to know that humans are one race and no one is better than anyone else, except in their behavior. Having integrity was foundational to Rosa, plus she had no patience for hypocrisy. Raised traditionally Catholic, her sense of gender justice was ignited with the births of her daughter and son. She studied and aligned herself with liberation theology as well as creation spirituality. When she communicated with the local parish and the Vatican, she referred to God as “she” since she understood that God is as much a woman as a creator in her own image.

Rosa was an outspoken fighter for justice in many areas; she formed and defended her positions by challenging assumptions, with extensive research, and through her many heart-felt connections with people. She was a feminist, multiculturalist, polyglot, and considered herself a world citizen, refusing to pledge allegiance to any country. Throughout the ‘70s and ‘80s, she worked tirelessly for world peace/nuclear disarmament and for global education. She was active in and employed by the United Nations Association and Church World Service, and helped organize the Green Party in St. Louis. Robert Muller, Assistant Secretary-General of the United Nations, and she became friends through their work on global education. She attended many world justice and education-themed meetings and conferences around N. America, often with her children in tow. She maintained her activist and teaching careers while being a successful, if reluctant, homemaker. Her son’s accidental drowning in 1989 left a hole in her heart from which she never totally recovered. Nonetheless, she continued growing and evolving as a positive person.

Rosa was an avid life-long learner, learning Russian (and teaching folk songs to her children), taking classes in Chinese culture and language (her family then learned how to use chopsticks), and co-founding a group honing their Extra Sensory Perception skills (which she passed along to her daughter). She engaged in many other activities that fed her interests and friendships. Besides travel, education, and language, some of her other passions included reading, spirituality, metaphysics, history, genealogy, homeopathy, power of positive thinking, and cats. She also had a quirky sense of humor and often closed personal correspondence with “May the force be with you.”

In 2000, Rosa retired from her beloved job teaching high school Spanish at an all-girls school. She and Jim chose to move to Bellingham to be with their daughter, Margaret, and grandchildren, Elisa and Rory. Once in Bellingham, Rosa joined the League of Women Voters (despite not being a voting citizen), American Association of University Women, Village Books’ Socrates Cafe, and at least one book club. However, she mostly devoted herself to her grandchildren, her deepest joys. They inspired her to new levels of energy, enough to play hide-and-seek indoors on rainy days, volunteer at their preschools, find places in the woods to build fairy houses, host play dates, and even throw a birthday party. She often babysat them and she attended all of their school and extracurricular events throughout the years. She delighted in their every minute and her presence and support in their lives was indispensable.

Rosa/Mom/Abuelita leaves behind an incredible legacy of love and we will miss her dearly. As she did for herself, she inspired people to reach for their best selves and the world is a better, fairer, and healthier place because of the life she shared.

In lieu of flowers, the family would appreciate a donation to Dementia Support Northwest in Bellingham, WA. 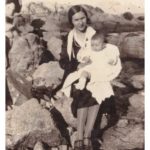 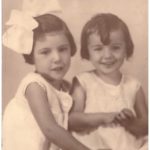 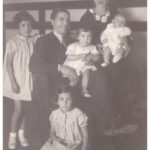 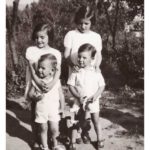 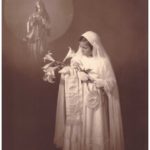 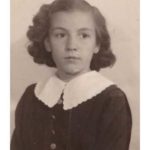 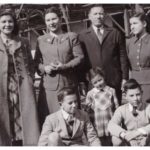 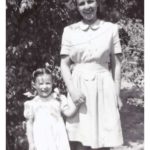 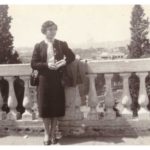 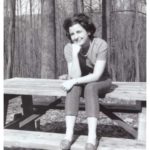 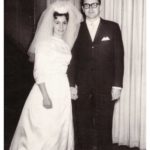 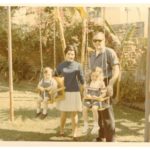 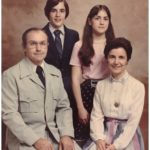 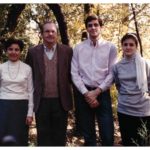 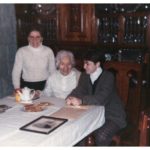 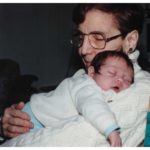 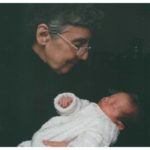 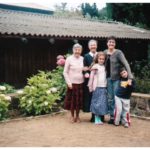 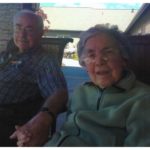