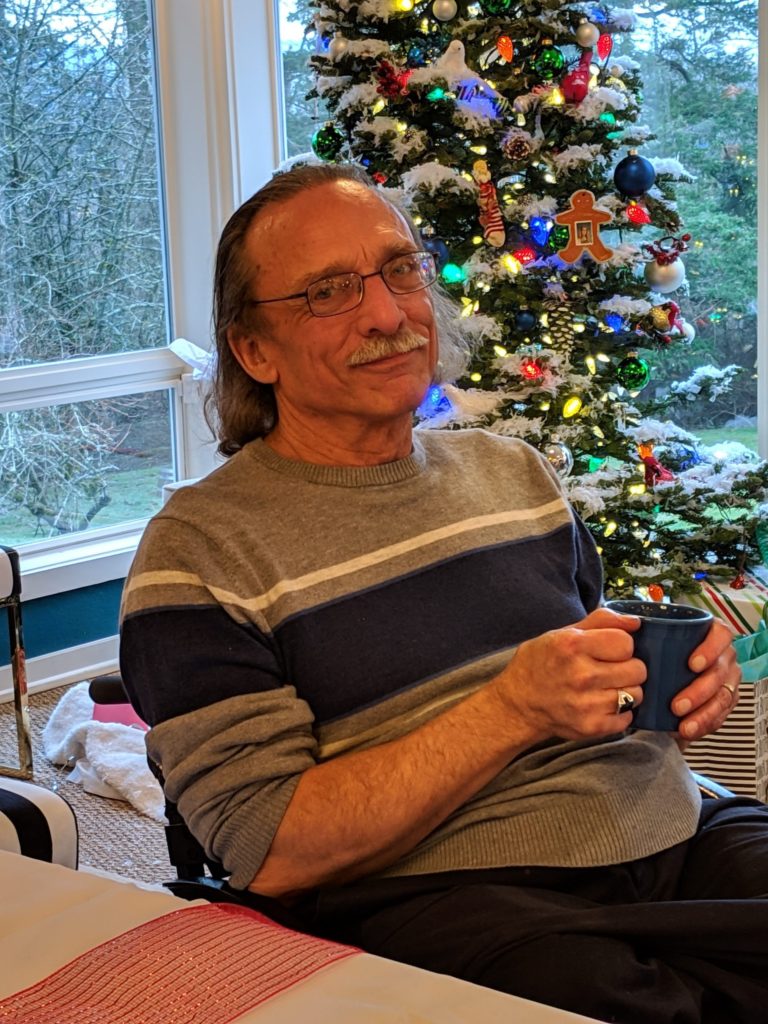 Roger Wayne Sudbery, 69, passed away January 1st, in Bellingham, Washington. He was born in Mitchell, South Dakota, though he left his mark on a lattice of well-loved places throughout his life. In his early 20’s, Roger recognized a deep connection with the Pacific Northwest and cultivated his own Shangri La in Whatcom County for 50 years.

Roger was born to Dale and Thelma Sudbery and grew up with his little sister Pam in South Dakota. After graduating from Lincoln High School in Sioux Falls, South Dakota, he enlisted in the United States Air Force and trained to become a radar technician. During his service he was stationed at Neah Bay and Birch Bay radar sites in Washington state. Roger would graduate from Western Washington University and move on to Air Force Officer Training School.

While stationed in Mississippi, Roger survived a near fatal motorcycle collision that left him a paraplegic. Though he would face many hardships and uncertainties, Roger persevered and continued to live life on his own terms. In his words, he was “ten feet tall and bullet proof.”

Roger projected an indominable and equally embracing presence that was complimented by his love of tobacco pipes and Cadillac or Lincoln town cars. He sought late nights when the wind blew through the trees. With a small workshop, Roger enjoyed woodworking and creating bookshelves, whirley gigs, and other projects. He was a Cub Scout leader for his son Kevin, BMX coach for his son George, played wheelchair basketball, and drove a John Deere tractor whenever he could. He loved county life and appreciated the neighbors and friends that came his way.

Roger was preceded in death by his parents.