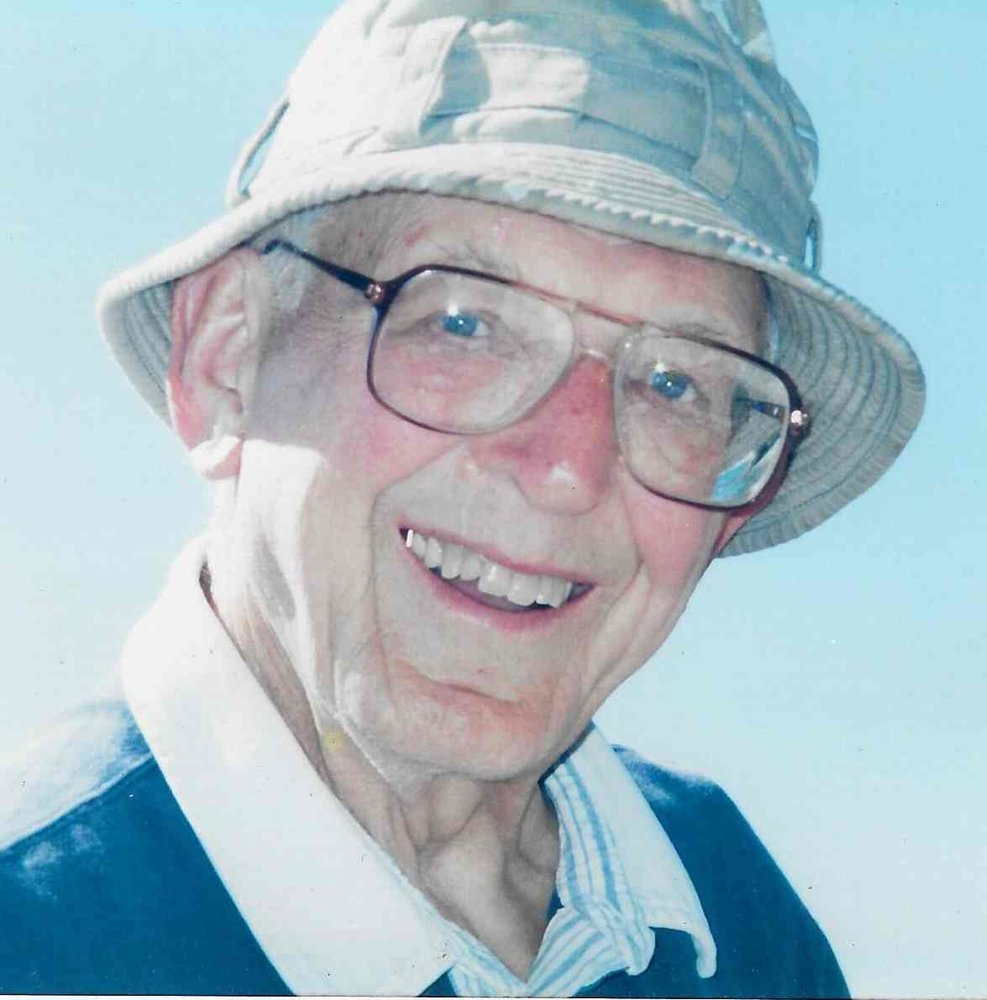 Rodney D. Aschenbrenner, age 91, passed away at Whatcom Hospice House on December 8, 2014. He was born February 25, 1923 in Spokane, WA to Daniel and Edna Aschenbrenner.
Rod served in Co. “F”, 355th Infantry Regiment, 89th Infantry Division in Europe during WWII. He graduated from WSU in 1949, later earning a master’s degree from University of Illinois Urbana-Champaign in 1953.
Until a few days prior to his passing, he had been living with wife Jacquelyn Gaines on Lummi Island for the past 22 years. He retired from a long career as a civil engineer building large dams and tunnels with Guy F. Atkinson Company, which took him and his family all over the world.
He was preceded in death by first wife Shirley and son Steven. He is survived by daughters Barbara Aschenbrenner of Bellingham and Lisa (Dennis) Aschenbrenner Dunn of Kailua, HI; grandchildren Genevieve and Aaron Dunn; great-grandson Caleb Dunn; stepdaughters Paula Gaines (partner Kevin Southworth) of Lummi Island and Janice (Scott) Gaines Walker of Bellingham; stepson Gary Gaines of Naperville, IL., his wife Janet and son Graham and numerous other extended family members.
Rod was a warm and delightful husband, father, grandfather, great-grandfather, friend, and community member who loved to entertain, travel, help people and “engineer things.”
Memorial donations, if desired, may be made to the Lummi Island Congregational Church or Lummi Island Volunteer Firefighters Association. No service is being held at this time.
Please visit Rod’s guestbook at www.farewelltributes.com to share your memories.