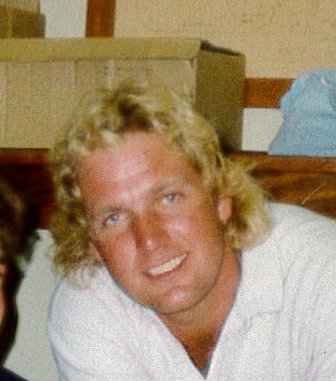 Rock A. Strickler passed away peacefully on Monday October 5th at home with his two children.

During Rock’s lifetime, he had accomplished several different occupations. While in High School, he worked for a local taxidermist. After graduating from Sehome HS he started working with his father in the concrete business on and off for years starting in his early twenties. In the mid 1980’s he fished in Bristol Bay Alaska, and crabbed in the Bering Sea. In 1984 his son Hunter was born while commercial fishing in Alaska. In 1986, Rock was home for daughter Brooke’s birth. These children were his pride and joy, he was so proud of his “blondies”.

In the early to mid 90’s Rock was working for a contract company and was involved in an oil refinery explosion, injured, he recovered, and went on to another accomplishment. He received his Real Estate License and went on to have a partnership with two close friends that started RJR Realty. He held this occupation until his death.

Rock’s personality was charismatic, his laughter was contagious. Everyone gravitated toward his fun spirited soul, and gathered around him to enjoy his conversation, stories and jokes. He exuded friendliness, everyone enjoyed his company.

He was a proud father to Hunter and Brooke, appreciating their accomplishments. Hunter’s recent graduation from WWU with a Business Degree, and Brooke who gifted him with a beautiful granddaughter. Brooke and Hunter also cared for their father during the last days of his life so tenderly, telling him daily how much they loved him.

Rock is at peace and pain free now. We will all miss his winning smile, and the love and friendships we all made with him.

A private burial was held on Friday October 9th at Greenacres Memorial Park.

A Celebration of Life will be open to all of Rock’s loved ones, extended family and friends on Saturday October 24th, 5pm to 10pm at the Bellingham Yacht Club Squalicum Harbor, (Windows by the Bay). Bring your stories about Rock’s life to share.