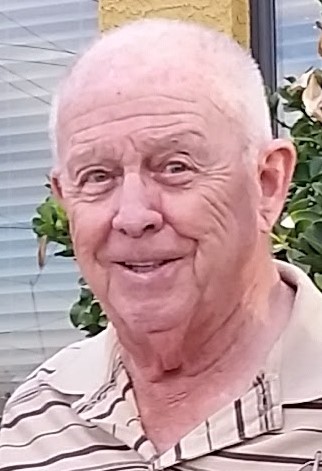 Bob passed away February 12, 2022. He was born on January 23, 1928, ninth of ten children, to Ike (Isaac Samuel) and Sarah (Olney Lee) Blore in Linton, North Dakota. Bob graduated from Linton High School and joined the Army serving in Japan in the 188th Parachute Infantry, then serving as a Chief Clerk. In October 1947 he moved to Port Angeles, Washington where he met the love of his life Charlene Mattson. They were wed on December 11, 1948; a happy fifty-two year marriage until Char’s passing on May 8, 2001. Bob’s lifelong career in communications began in Port Angeles, working for the company that eventually became Pacific Northwest Bell Telephone. He transferred to Bellingham in 1954 where Bob and Char’s two children, Cassie and Tony Blore grew up with strong parental support and involvement in each of their endeavors. Bob enjoyed working on their home and five-acre property on the Britton Road, wintering in Arizona, golfing, dancing, and entertaining family, and friends. Bob married Mary Alice “Mitzi” Cammerzell on June 7, 2003, and then divided time between WA, AZ, and Loveland, CO where Mitzi’s son, daughter and their families reside. After Mitzi passed away in Loveland on December 12, 2020, Bob returned to Bellingham. Throughout his life, Bob made a positive difference in his community. He was a member of First Baptist Church in Bellingham, B.P.O.E., President of his local Communications Workers of America union, and President of Casita Hermosa HOA in Florence, AZ. He was known to be shrewd yet empathetic, generous, and kind and loving to all. He lived a life of example, not only for his children, but for his grandsons whose lives he has immeasurably influenced. Bob was preceded in death by all his siblings and their spouses. He is survived by his daughter Cassie (Steve) Chronic of Soldotna, AK, his son Tony (Renae) Blore of Bellingham, grandchildren Scott (Billie) Haan, Tracy (Sara) Haan and six great-grandchildren all residing in Palmer, AK, as well as many nieces and nephews. A graveside service for family at Grand Mound Cemetery in Rochester, WA will be held in the future when he is interred beside Charlene. He will be lovingly remembered and forever missed. Memorials may be made to Whatcom Hospice.