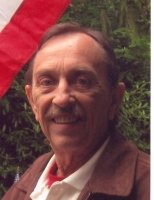 Robert J. Steidl
August 12, 1954 to April 15, 2013
Bob was born in Milwaukee, Wisconsin to Robert G. Steidl and Shirley J. Steidl. The family moved to northern Wisconsin where Bob grew up and his Dad had a plumbing business. He, his dad and brothers all loved to hunt and fish. He was preceded in death by his father and youngest brother Tom.
Following in his father’s footsteps, Bob was indentured and served his 5 year apprenticeship under his father’s leadership. He then acquired his Plumbing License and became the youngest Journeyman Plumber in the state at the time.
In Milwaukee in 1973 Bob met Joann, the love of his life. They were married the following year. The couple lived in Eagle River, Wisconsin; Mesa, Arizona and briefly in McMurdo Antarctica before settling in Bellingham, Washington where Bob opened and ran a plumbing business for over 20 years.
He has been a long time member and volunteer of the American Legion Post 7 SAL and also the Elks Lodge 194.
Bob had a way of bringing out the best in others, always had a positive attitude and enjoyed making people laugh.
He is deeply missed by his devoted wife Joann, his mother Shirley, brother Steve and sister-in-law Kate, along with extended family and many dear friends.

A memorial service will be held Sunday, April 21st, at 11 AM, at Moles Farewell Tributes-Bellingham. Donations Information

Memorials may be made to American Legion Post 7, SAL, or Whatcom Hospice.